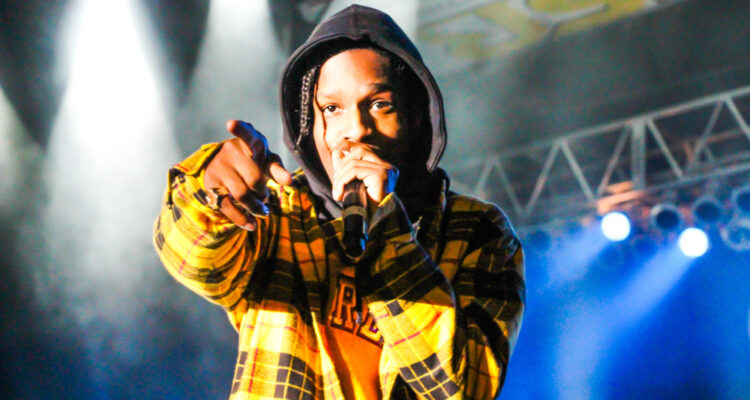 In Stockholm Syndrome, the new documentary that premiered at the Tribeca Film Festival, A$AP Rocky shares his 2019 Swedish incarceration experience.

Directed by the The Architects, the 105-minute video, combines historic video footage with current interviews, animation, and electric live performance imagery to tell the tale of how Rocky became entangled in an international crisis and the political ramifications that followed. Kim Kardashian, Naomi Campbell, Tyler, the Creator, Michèle Lamy, and A$AP Ferg all make cameo appearances in the film.

“The film reveals Rocky’s experience with the inequities of the Swedish judicial system and the dangers of stardom and scapegoating through a series of twists and turns, ultimately paralleling the need for prison reform in our own backyard,” said Loren Hammonds, Tribeca’s Senior Programmer Film & Immersive. Following a street altercation in Stockholm in June 2019, the superstar rapper spent almost a month in a Swedish prison awaiting trial. The circumstances surrounding his detention sparked global anger, prompting then-President Donald Trump to intervene and arrange his release. Rocky was convicted guilty by a Swedish court but did not have to serve any additional time in prison.

In a recent interview with GQ, A$AP remarked, “I never thought things I imagined while I was in jail would come true…And everything I dreamed about in prison came true. Because, I suppose, I was the one who manifested it. I also prayed! I was determined to bless that situation and go forward in a good manner. I prayed to God to help me stay strong, and he got me through it all like it was nothing! That nonsense was insignificant.”

When it was revealed in 2019 that the former former reality TV star-turned-one-term-president was personally getting involved in trying to help A$AP Rocky get our of jail one would think that was great news for the MC born Rakim Mayers.

“I kinda was scared that Trump was going to f— it up,” Rocky says in the documentary, according to Rolling Stone. “It was a chess move and they tried to strong arm a lot,” he says of Trump’s team – included son-in-law Jared Kushner and the State Department’s top hostage negotiator in what Yahoo! reported was a bid to raise the 45th president’s image with the Black community.

“You want the most support you could and it’s like, ‘Oh, the president supports you.’ That felt good. ‘Cause for the most part, I don’t think he ever knows what’s going on in the urban communities,” Rocky says. “I was thankful for that, I can’t lie. I was also scared that it would jeopardize me being in [jail] longer. … In reality, I had no problem saying thank you to the man, especially if he helped me. That’s the narrative they pushin’: That he got me out. And he didn’t free me. If anything, he made it a little worse.”