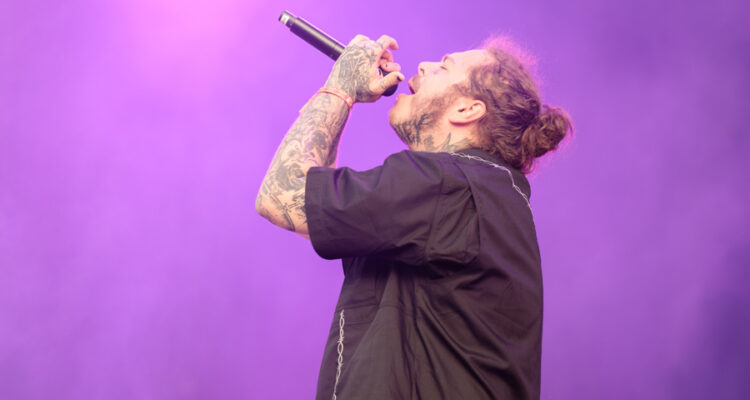 The latest in a litany of interesting collaborations Post Malone and The Weeknd just announced the release of their new single ‘One Right Now.’

Taking to their respective social media accounts the ‘Circles’ and ‘Blinding Lights’ hitmakers shared an audio clip of their new song due out November 05.

According to Malone’s manager, Dre London: “What I couldn’t wait to tell the world. This Friday!! I’m excited for u to finally here what I been talking about!! @postmalone & @theweeknd ‘One Right Now’ #DreVision in full effect!! #Shutdown Ting!!! Crazy Movie. Video comes next week!!! (sic)”

This collaboration is Post’s second song of 2021, following ‘Motley Crew’, the lead single from the 26-year-old star’s upcoming fourth studio album. Earlier this year, the super-tattoo’d musician released a cover of Hootie and the Blowfish’s ‘Only Wanna Be With You’ for the 25th anniversary of Pokemon, and he’s also guested on Ozzy Osbourne’s ‘It’s a Raid’, plus Ty Dolla $ign‘s ‘Spicy’, Saweetie’s ‘Tap In’ remix, as well as Big Sean’s ‘Wolves’.

As for The Weeknd, the 31-year-old megastar (born Abel Tesfaye) released ‘Take My Breath’, the first track from his follow-up to the 2020 LP After Hours, in August, was also featured on Kanye West‘s ‘Hurricane’, Doja Cat‘s ‘You Right’, and, most recently, ‘Moth to a Flame’ with Swedish House Mafia.