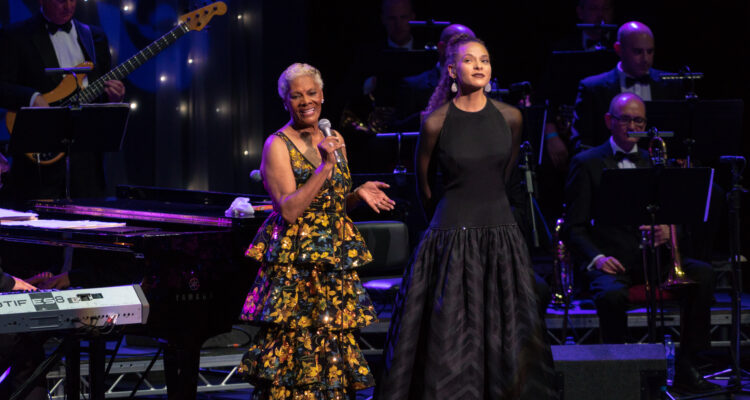 For a year or so, Saturday Night Live cast member Ego Nwodim has been impersonating iconic singer Dionne Warwick in a hilarious recurring talk show-themed sketch in which she grills celebrities with out-of-the-blue questions reminiscent of her witty tweets. But no one expected the real legendary singer to make an appearance … until last night’s show!

During the 11.06 episode, the 80-year-old iconic singer herself made a cameo during the segment that followed awkward interviews with the evening’s musical guest Ed Sheeran (playing himself), Miley Cyrus (Chloe Fineman), Jason Mraz (host Kieran Culkin) and Post Malone (Pete Davidson).

“I’m tired of interviewing people who are not icons,” Nwodim’s Warwick said before introducing the real Warwick. “Please welcome, me.”

“I don’t know the answer, but I will keep tweeting until I find out,” Warwick answers with a smile.

Saturday’s SNL sketch ended with Nwodim and Warwick singing “What the World Needs Now Is Love,” which appeared on Warwick’s 1966 album, Here Where There Is Love.

After the legendary pop singer went viral on Twitter following some memorable exchanges with artists such as Taylor Swift and Chance the Rapper, SNL debuted the “Dionne Warwick Talk Show” skit in late 2020.