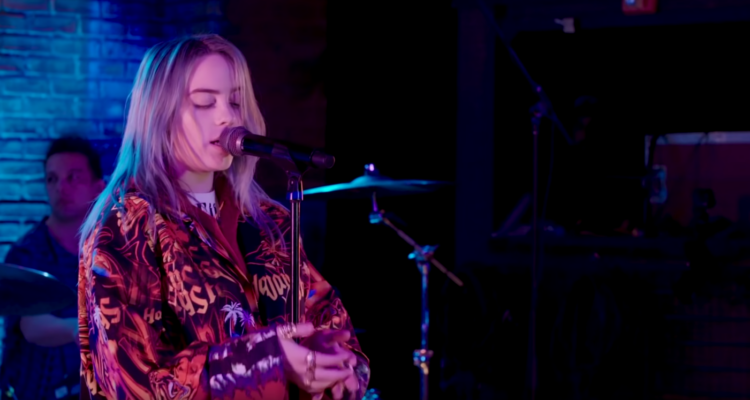 Celebrating her first arena performance in more than a year, on Saturday (Sept. 18) during the 2021 iHeartRadio Festival at Las Vegas’ T-Mobile Arena, Billie Eilish was over-the-top excited.

Stating: “It’s been a year-and-a-half, what the f—! Let’s do this s—, let’s have fun!” Eilish told the packed crowd. “Forget everything that’s s—ty in your life and just have fun and dance and jump around” the multi Grammy Award winning songstress’ set marked her first arena gig since her Where We Do Go? World Tour was postponed in March 2020 due to the coronavirus pandemic.

During her five-song gig the included “Bury a Friend,” “Bad Guy” and “Oxycontin,” from her 2019 debut album, Eilish also performed “My Future” and the title track from her sophomore album, Happier Than Ever, which debuted at No. 1 on the Billboard 200 in August. Other performers on the bill included Coldplay, Dua Lipa, Olivia Rodrigo, Florida Georgia Line, Lil Baby, and Maroon 5.

During her stay in Sin City, Billie will headline the closing day of the Life Is Beautiful in downtown on Sunday and In the coming weeks, she’s scheduled to perform at several other festivals, including Delaware’s Firefly Festival, New York’s Governors Ball and Texas’ Austin City Limits Festival.

Early next year, the multi-platinum selling musician will embark on a 32-date North American arena tour before heading overseas for shows in Europe and the United Kingdom and Eilish recently previewed songs from her latest LP during her new concert film, Happier Than Ever: A Love Letter to Los Angeles, which premiered on Disney+ in early September.