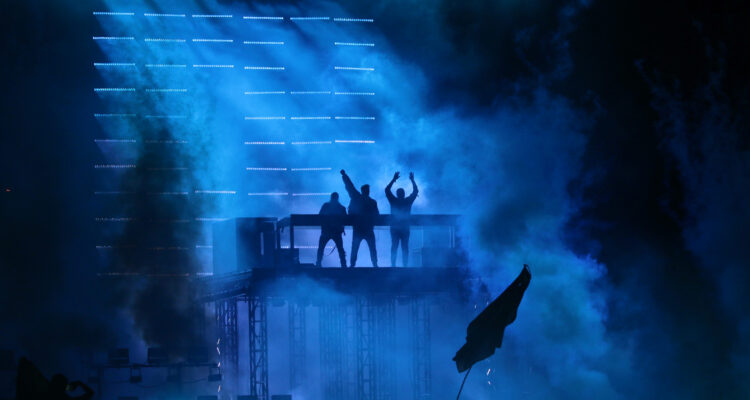 After much speculation The Weeknd and Swedish House Mafia are slated to release their collaborative ‘Moth To A Flame’ single this week!

The Canadian singer/songwriter and the recently reunited Swedish music trio took to social media to share a snippet of the track. The video features a darkly lit close-up of the 31-year-old singer’s face with sunglasses, before their names and the song title flashes on the screen along with the caption “thIs week.”

The superstar singer/songwriter recently mentioned that his forthcoming album will feature tracks about “some people that are near and dear to me, some people that inspired my life as a child, and some that inspire me now.” And in a recent cover interview with GQ, the mag described the LP as: “Packed with party records. Like real-deal, illuminated-white-tiles-on-the-floor party records. Quincy Jones meets Giorgio Moroder meets best-night-of-your-f******-life party…”

Addressing his upcoming HBO series ‘The Idol’, The Weeknd (born Abel Tesfaye) revealed: “[W]e’re just kind of figuring out when to put it out. It’s been really cool, because I’m working on this album this summer simultaneously with the writer’s room for the new TV show.” Lily-Rose Depp (daughter of Johnny Depp) is set to star opposite The Weeknd in the hotly-awaited drama, which he co-wrote and is executive producer of, the plot for which follows a pop star who “starts a romance with an enigmatic LA club owner who is the leader of a secret cult.”