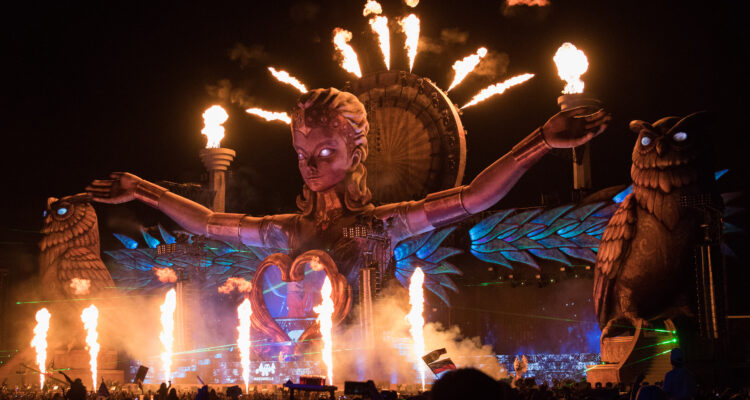 The pyrotechnics-heavy show featured the controversial rapper performing “Industry Baby,” “Montero (Call Me by Your Name)” and “Old Town Road.” And, about the unannounced gig, Lil Nas took to social media and said “Last night was fun.”

X’s EDC appearance came several hours after Boosie Badazz unleashed a (now-deleted) homophobic tweet at the rapper after Lil Nas X joked on social media earlier in the week that he had a collaboration with Boosie in the works … the latest exchange in an ongoing war of words between the two rappers, Billboard reports.

After tweeting the homophobic remarks at Lil Nas X, Boosie added, “#commitsuicide YOU WOULD DO THIS WORLD A HUGE FAVOR NOBODY WANTS U HERE.” Due to violations over its conduct code, the tweet was subsequently pulled down by Twitter.

In his signature style, Lil Nas X responded with his trademark wit, tweeting, “i am truly saddened. i have never been so mortified in my life. i can’t believe disney channel has yet to play halloween town this entire october.”