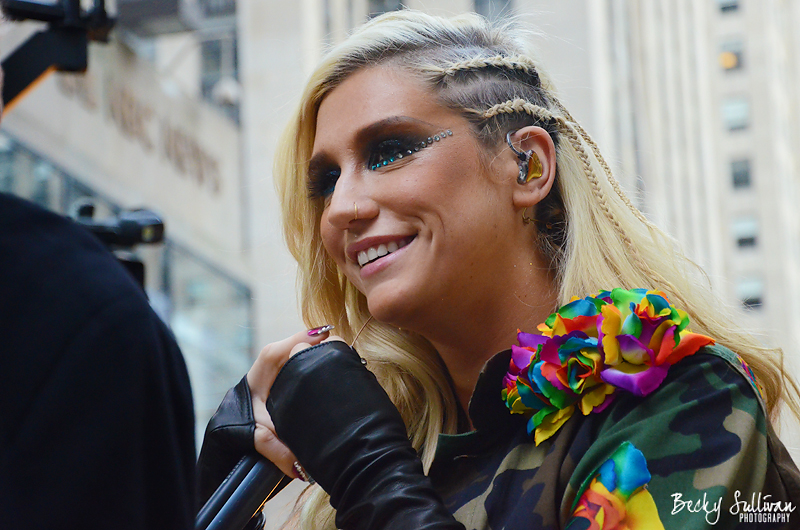 Created by Vanya Asher and produced by QCode, Electric Easy centers on a developing subculture of androids known as “electrics” set in the not-too-distant future in Los Angeles. The narrative is recounted through the eyes of a diverse array of individuals, but primarily focused on a forbidden love between a fugitive android and the human ordered to find her. Asher gives a brief introduction in a preview clip for Episode One of the 10-part series, while Kesha masterfully chews the scenery in her role as Zephyr, the MC of the subterranean nightclub the Electric Easy. Zephyr introduces the night’s headliner artist, Vector, performed by singer-songwriter Chloe Bailey, after hamming it up for the crowd.

Both, Kesha and Bailey composed original songs for the Electric Easy series in addition to appearing in it along with Mason Gooding, Frances Fisher, Happy Anderson, Jojo T. Gibbs, Benito Skinner, Lachlan Watson, Erica Ash, Sugar Lyn Beard, Sean Maguire, Jen Kober, Detox, and Brendan Jordan. In a statement, Kesha said, “I had so much fun getting the opportunity to write and perform new music while immersing myself in this heartfelt story.” “It was a dream come true to work with so many talented actors on a podcast unlike anything I’d ever heard before. It’s an engrossing novel that tackles a slew of societal concerns while also praising and recognizing the LGBTG+ community’s challenges. It also offers a unique take on AI that I’ve never heard or seen before. I’m excited for everyone to hear it.”

In addition to Electric Easy, QCode is releasing numerous podcast series’ this year including Edith!, a satirical historical fiction drama focused on Edith Wilson, wife of President Woodrow Wilson, who is thought to have assisted her husband guide the country after he suffered a stroke. Other forthcoming projects include the espionage action thriller Classified, as well as the kids series Peepkins, the sci-fi series Last Known Position, and the eerie family drama The Burned Photo, all of which are part of the stream platforms autumn slate.