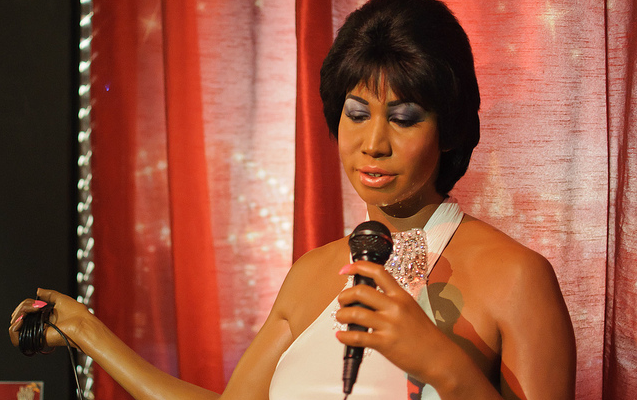 The latest in a concise list of teasers and trailers, MGM just released video the first full-length look into Respect, the Aretha Franklin biopic.

Directed by Liesl Tommy and coming out Aug. 13, the minute-long clip features Jennifer Hudson portraying the Queen of Soul as she belts out her world-famous signature song “Respect.”

Respect follows Aretha from her beginnings as a young girl singing in her father’s church to her rise to fame, an abusive marriage and involvement in the civil rights movement. In addition to telling the legendary’s singer/songwriter’s story, the motion picture will celebrate Franklin’s catalog of hits. And the movie soundtrack will also include “Here I Am (Singing My May Home),” an original song co-written by Hudson, Jamie Hartman, and Carole King (who co-wrote “(You Make Me Feel Like) a Natural Woman,” a song Franklin introduced in 1967.

Mesmerizing the crowd in a glittery, baby blue dress and an ultra-teased ’60s hair style, the latest teaser shows Hudson re-enacting Franklin’s Madison Square Garden performance during the summer of 1968 as she interacts with her band and backup singers as they perform to a frenzied crowd.