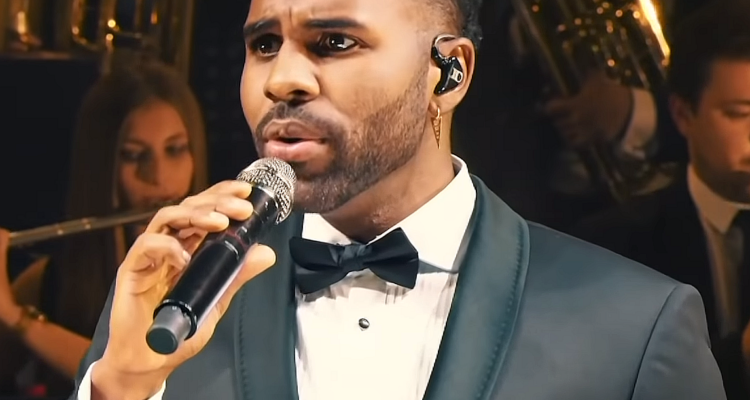 In an unexpected social media move, superstar singer/songwriter Jason Derulo stunned his audience on Wednesday when he cooked up jalebis to the tune of Tesher‘s “Jalebi Baby.”

Surprising his fans with his culinary skill set, Derulo added in the caption, “For those of you still wondering what a Jalebi is.” as he referred to the “Jalebi Baby” singer as someone who “educated the world on desert dish.” While pacing back and forth across his kitchen as he fetched the ingredients the singer demonstrated his dance moves before combining the post-entree portion in a bowl.

As he prepared the batter and used a bottle to form the circular concentric rings in the design of real jalebis before deep-frying them in the pan, Jason holds up two crisp, golden deserts while smiling at the camera. “The cake’s name is Zlebia,” suggested an overseas commenter. “Oh thank God you didn’t put the chocolate, I was about to report you,” a laughing Indian user joked.

Recently re-launched by Tesher X and Jason Derulo following a new contract between Universal Music India and Capitol Records in the United States, “Jalebi Baby,” is a song about Indian desert that has almost 100 million streams worldwide. The song is performed in both English and Punjabi, and it has topped Shazam lists in over 25 countries.

Amused by the recipe for one of India’s most popular desserts, an Iranian wrote “In Iran, we have these that you can find in a lot of bakeries and we call it “Zolbia,” while another overseas viewer stated, “In Persian, we call that yummy sweet Zulbia and it’s one of the traditional popular sweet.”