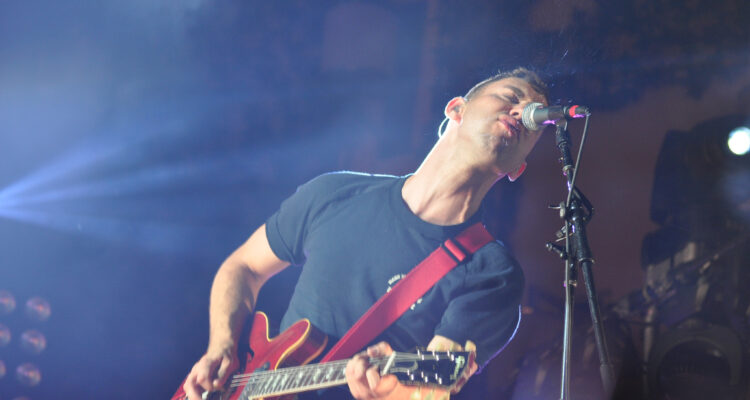 Jack Antonoff’s Bleachers hit the stage for an energetic, jazz-tinged performance of “How Dare You Want More” as the very first Saturday Night Live musical guest of the year.

Performing the second single from Bleachers’ 2021 album Take the Sadness Out of Saturday Night, Antonoff was accompanied by singer-songwriter Blu DeTiger on bass, indie-rocker Claud on keys and his father Rick on guitar.

Later, the super-producer returned to the stage for a moving performance of the nostalgic anthemic “Chinatown,” which features Bruce Springsteen.

On the comedic skit front Antonoff joined host Ariana DeBose after Roddy Rich had to pull out due to a Covid-19 exposure among members of his team.