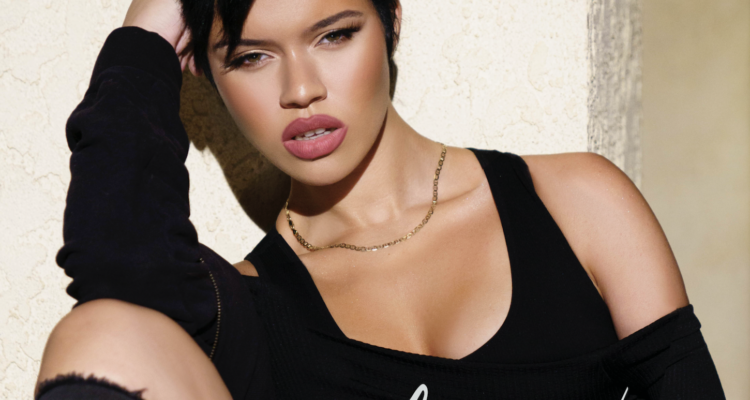 Aiyana-Lee cannot be put in a box. Combining elements of pop, R&B and soul with poignant, heartfelt lyrics about her life experiences, she creates music that transcends genres. The singer-songwriter’s powerhouse vocals are captivating listeners, with one of her recent singles ‘Bedroom’ amassing more than 2.2 million streams on YouTube to date.

Aiyana Lee grew up surrounded by music. Her mother, manager, and creative partner, Nicole Daciana Anderson, is a multiplatinum singer-songwriter (BLUE), her uncle was David Ruffin of The Temptations, and her grandfather was famed American soul singer Jimmy Ruffin. With such a rich musical history, it was inevitable she would follow in her famed family’s footsteps. She began singing at age two, a charismatic toddler who would jump on stage any chance she got – especially while joining her mother on tour.

Most recently, she was discovered by legendary music producer LA Reid, who signed Aiyana-Lee to his entertainment company & record label, HITCO.

Now 20, Aiyana-Lee has honed her skills and sound to create a stunning debut album, Wednesday’s Child, which draws on experiences from her own life. Aiyana-Lee’s music fuses contemporary pop elements with classic R&B and soul vibes. Her songs offer lessons about staying true to yourself, avoiding the superficial trappings of Hollywood, the perils of abusive relationships, and prioritizing yourself and your dreams over romance.

“These songs are the real story that come from everything I’ve been through,” says Aiyana-Lee “You have to speak the truth and be authentic. I’ve always been hands-on with every part of it and every story we’re trying to tell. There always has to be a story. It has to be intentional and have a purpose and a message. I’m not saying shit just to say it.”

Growing up in London, Aiyana-Lee was constantly bullied at school.  “I was a chubby kid who was also very sassy and confident,” she explained. “Not a lot of people like it when you’re confident and have a dream. I was singing in the playground and getting told off for it and bullied.” She subsequently changed schools four times before being home-schooled, which allowed her to graduate high school early and focus full time on her musical aspirations.

When Aiyana-Lee was 15, she and her mother moved to Los Angeles so she could pursue her dream of being a singer. They struggled financially to make ends meet as the two poured everything into her career. “My mom sacrificed everything,” Aiyana-Lee said. “We had to lose our house, we lived meagerly, eating canned foods together. We’d make a good time of walking down the street and people watching, laughing when we didn’t even have a dime to our name. That’s what the song ‘Rich Kids’ is all about. It’s my story, but I feel like I’m speaking to people who still go through the same thing.”

Meanwhile, “Gangster of Love” is a soulful ballad with bite and a twist. “It’s about falling for someone but reminding them and yourself that you won’t allow them to play you, no matter how hard you fall,” Aiyana Lee said. “You might just end up breaking their heart instead.”

Aiyana-Lee knew she wanted to create community through her music. “I love expressing emotion, and being able to share it with so many people around the world. It helps you feel understood,” she said. “It’s that feeling of ‘I’m not alone, even in a foreign country.’ Music to me is the face of what humanity is. Artists are mediums to translate emotion in its purest form, without judgment or criticism. You can’t define it or put it in a box; you create a safe space for everybody. That’s what I want to do as an artist—to create a safe space for everybody to feel understood.”

Written during Covid-19 lockdown with ample time to reflect on her past and present, Wednesday’s Child takes us through the journey of Aiyana-Lee’s unique and tumultuous climb to prominence. She hopes it will provide solace to others the way music has shepherded her through so much.