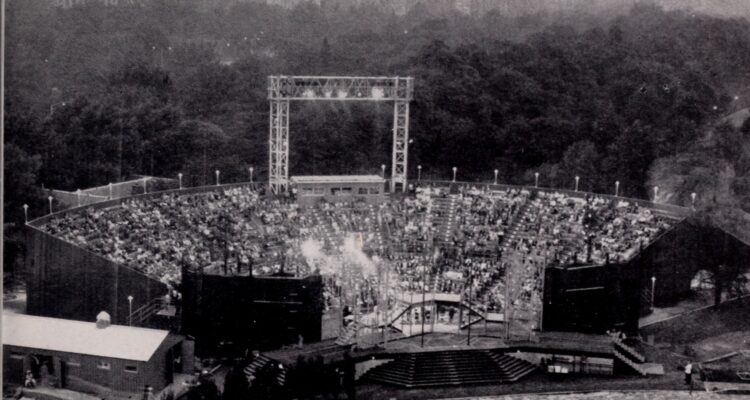 While the world is well aware of Woodstock, the iconic 1969 summer rock extravaganza in upstate New York, the Harlem Cultural Festival was a series of free performances held over six weekends in the summer of 1969 at New York’s Mount Morris Park where 300,000 people turned out to witness to a galaxy of stars many had not seen at that point in their lives.

In an interview, Ahmir “Questlove” Thompson stated, “At first, I felt like, oh, well, this is too historical for a first-time driver to be at the wheel, so maybe [the filmmakers] don’t want to… leave it in my hands…However, the itching and burning desire to see this footage, as well as the goosebumps I got while watching it…”

Featured in the film is Gladys Knight, a Motown ingenue with a tortoiseshell clip pushed into her teased hair, was there. The 5th Dimension‘s vocalists wore fringe vests and bell-bottoms, concerned about how their psychedelic music would be received by this predominantly Black crowd. The focus was taken away from The Temptations by a lanky, velvet-suited David Ruffin. On the cusp of several years of hits that would define him as an artist, a young Stevie Wonder ditched his Little Stevie persona, racing across the stage between instruments and ripping into a drum solo.

In the documentary he created about this time, Questlove addresses some of the themes surrounding black creativity, including how it’s defined, perceived, and accepted. At the 2021 Sundance Film Festival, Summer Of Soul received both the Grand Jury Prize and the Audience Award. However, according to Questlove, the film was almost never created. The film was shot by the late Hal Tulchin and languished in his basement for years before being shared with the filmmakers. They didn’t want to make a highlight reel out of nothing but, instead, desired to tell a narrative. As a result, they sought Questlove, a renowned author, DJ, and musician who had not yet added director to his resumé.

Questlove adds, “I was amazed at the diversity of [the Harlem Cultural Festival].” He discovered that he could easily put himself in the musicians’ place, particularly those who could break assumptions of what a Black pop star might or should be. “This is a concert festival that accommodated Moms Mabley and Mahalia Jackson, as well as Sonny Sharrock, Sly and the Family Stone, and Mongo Santamaria, as well as every genre from Africa to Harlem.”

Questlove hoped to highlight how audience attendance exceeded expectations as well. The festival was supported by the mayor of New York City at the time, but not by the New York police. Some of the protection was provided by members of the Black Panther Party but, according to Questlove, this was no Black Woodstock; the concerts took place at a critical juncture in Black America’s history. Martin Luther King Jr. had been assassinated the previous year and the rioting and grief that ensued lingered in the air. The musicians that performed during the Harlem Cultural Festival combined music with social justice.

In producing this video Questlove says he wants today’s musicians to learn from the artists of the past. “I want artists to understand that the lesson we need to learn is that message and activism are important. Those are important considerations. That’s something we can’t afford to lose.”