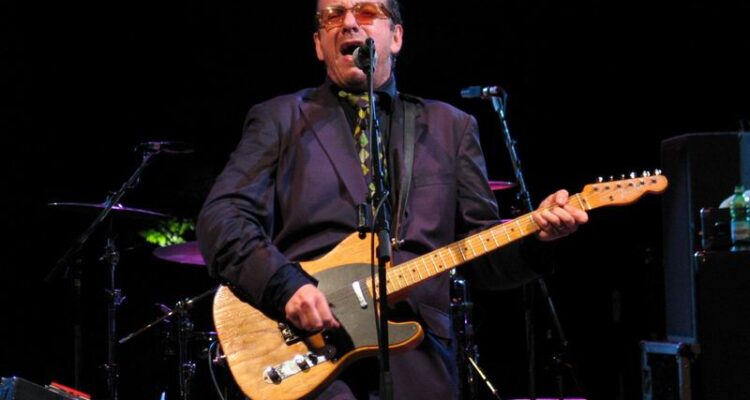 On Friday’s (1.21) Elvis Costello and his band The Imposters gave a rousing performance of “Farewell, OK,” the lead track from the group’s latest album, The Boy Named If.

The song addresses a relationship gone wrong, with one person wondering how things might’ve gone differently as the legendary musician sings: “Ran my hand in the rhythm along the ballroom wall.” “Felt the rumble of the bass through the entrance hall/ And the door flung open to a mascara cry/ I can’t shake the sound of ‘How could you or why?’”

as Costello said in a statement about the song: “Like a lot of good rock and roll songs this began with a drummer down in a basement and a singer howling outside the backdoor,” “It’s a blurred gaze, a drink too much, an accidental punch and a kiss goodnight all in the tumult of a dancehall.”

The My Aim is True rocker surprised the late night TV show audience with a rendition of his classic hit, “(What’s So Funny ‘Bout) Peace, Love, and Understanding.” that appeared on Costello’s 1979 LP Armed Forces, originally written by English singer-songwriter Nick Lowe.

The 67-year old Costello is scheduled to hit the road this summer for a short UK tour in support of The Boy Named If album and most information about the shows can be found on Costello’s website.