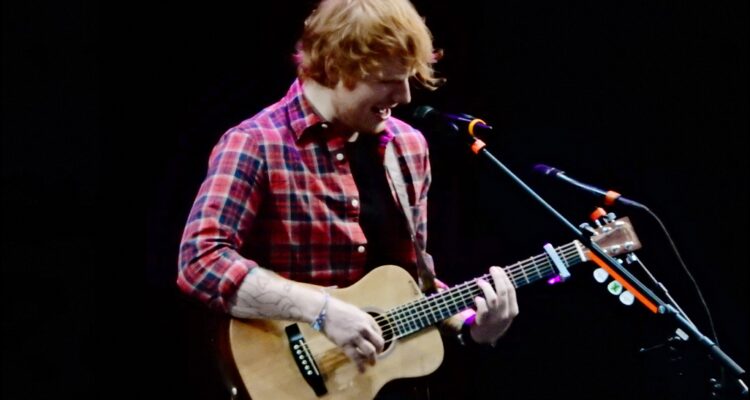 Following the massive success of ‘Bad Habits’, Ed Sheeran and Atlantic Records pull the trigger on his new “Shivers” single and video.

Included in his upcoming album, = (Equals), set to arrive October 29,, “Shivers” is dance-driven lovestruck pop, with Sheeran singing atop handclaps, strings, and signature guitar strums. Complimenting the British musician’s new single is an equally ebullient video – directed by Dave Meyers – in which the superstar singer/songwriter and actress AnnaSophia Robb re-enact a whirlwind romance that includes waiting desperately for text messages, superpowers, a surreal dance number, and a street brawl.

Concurrent with the official 7pm (est) Thursday (9.09) release of the studio version, Sheeran performed the song for the very first time on NBC TV during the opening Kickoff ceremony of the 2021 NFL season.