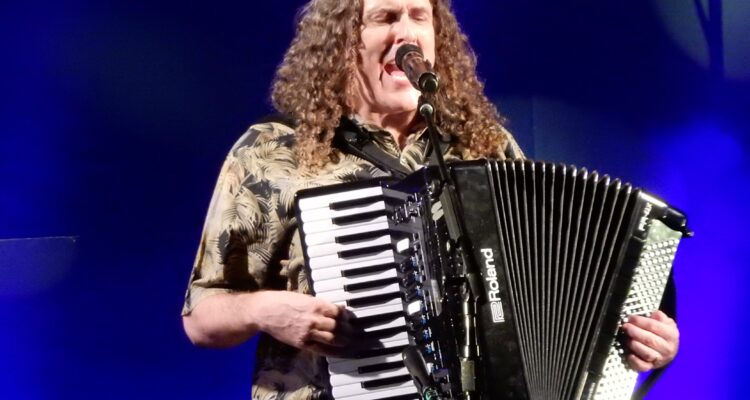 As strange as the musician’s name itself, Daniel Radcliffe has signed on to play the lead in Weird: The Al Yankovic Story, Roku’s first original biopic.

Written by Funny or Die’s Eric Appel along with Al Yankovic “The biopic holds nothing back, exploring every facet of Yankovic’s life, from his meteoric rise to fame with early hits like ‘Eat It’ and ‘Like a Surgeon’ to his torrid celebrity love affairs and famously depraved lifestyle.” “Weird: The Al Yankovic Story takes audiences on a truly unbelievable journey through Yankovic’s life and career, from gifted child prodigy to the greatest musical legend of all time” says the tongue-in-cheek release.

If this sounds more like a Funny or Die sketch than an actual movie, it’s because the team created a video in 2010 called Weird: The Al Yankovic Story. The three-minute mockumentary trailer featured Aaron Paul, Gary Cole, Olivia Wilde, Mary Steenburgen, and Patton Oswalt. Notwithstanding Radcliffe, no other cast members have been announced.