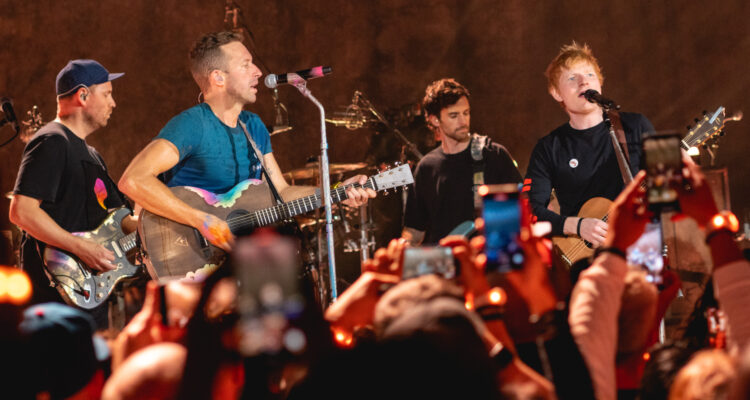 In a recent interview Coldplay frontman Chris Martin revealed that he and his bandmates have spent some two decades attempting to pen a proper 007 theme song, but admitted the five songs scripted weren’t “very good”.

In the superstar songwriter’s opinion he doesn’t believe that the fictional British spy – currently portrayed by Daniel Craig who’s just completed his final 007 action-thriller with No Time To Die – would be impressed with any of the musician’s efforts.

In a recent NME interview, Martin stated: “We kept trying to write one for 20 years, but never submitted them. We have Bond themes for about five movies, but they’re not very good, to be honest. I don’t know if we’re spiritually on the same trip as James. As much as I like the films, I don’t know if us singing would do it for him. He’d be like, ‘That’s not what I’m into at all, fellas. I like guns and s***. All this hippie stuff just isn’t going to work.'”

In non-Bond-related news, Coldplay just released Music of the Spheres, their ninth studio album, but previously revealed that it was another famous film franchise that inspired the record. According to Chris the music came to life after the 44-year-old singer sat down to watch the ‘Star Wars’ movies and was left wondering what music on other planets would sound like.

He said: “One time I was watching ‘Star Wars’ and they had the scene with the Cantina band right? And I was like: ‘I wonder what musicians are like across the universe?’ and that led to this whole thing and now here we are. It led us to imagining this whole other place called ‘the spheres’, which is like a group of planets, like a solar system with lots of different places and creatures and stuff. And what I found is when you’ve imagined a place like that, you can sort of become any artist within that. It’s a very freeing thing to take yourself out of Coldplay and just think: ‘OK, I’m not even human, what does music sound like?'”