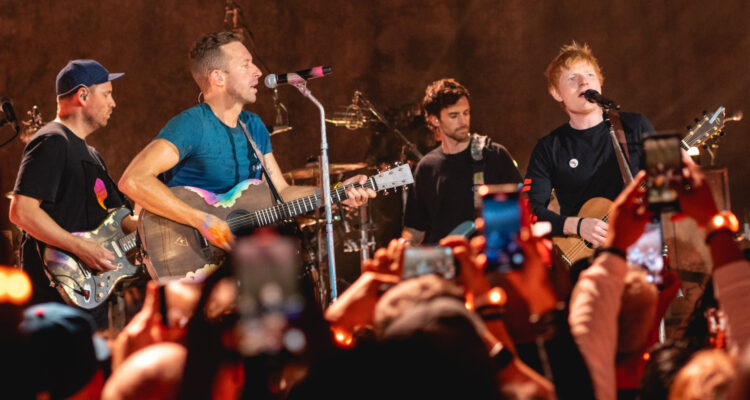 Following their venue-opening show at Seattle’s Climate Pledge Arena.Coldplay released a new four-song live EP, Live From Climate Pledge Arena, via Amazon Music .And along with the EP – which includes live renditions of “Viva La Vida” and “Fix You,” – the band has shared a brand new remix of “My Universe,” their collaboration with BTS, by Swedish electronic duo Galantis.

According to a statement by Galantis’ Christian Karlsson: “It’s an honor to jump into the perfect-pop galaxy Coldplay and BTS have created with ‘My Universe,’” “Putting the Galantis spin on this track was a thrill, and an absolute bucket list moment working on music with these two legendary bands.“

Accompanying the live EP, Coldplay will released a concert film from their performance at Climate Pledge Arena, on Amazon Prime Video on November 12.

Coldplay’s recent album, Music of the Spheres, dropped last month and to support the LP, the UK band has announced a 2022 “sustainable and low-carbon” tour that’ll bring the new full length to stadiums ’round the world. Kicking off March 18, 2022, in Costa Rica their Music of the Spheres Tour hopes to cut direct emissions from Coldplay’s last tour in 2017 by 50%, as well as power each show entirely by renewable, super-low emission energy; that includes installing solar panels at each venue, “kinetic stadium floor and kinetic bikes powered by fans,” and transporting around a mobile, rechargeable show battery to store the energy.”