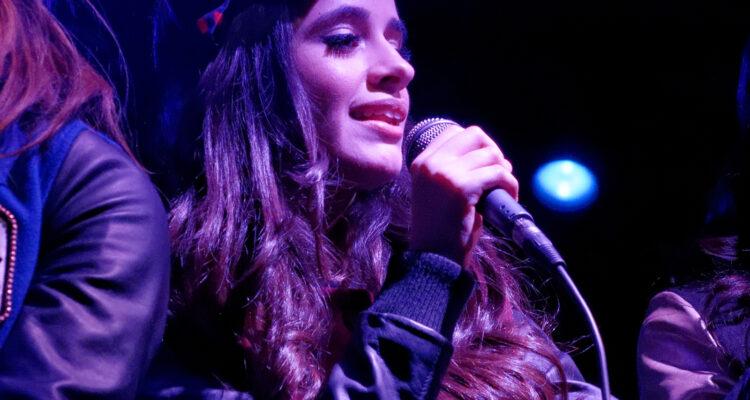 Becerra follows down the stairs in a purple wig and matching dress as the two singers come together with clips of Cabello in an ethereal golden outfit posing on top of a set design moon. And the video closes with a live audience and several TV directors clapping as the Cuban-Mexican superstar and Argentinian singer walk off the set.

Earlier this week, Cabello took to social media teasing the music video by sharing a movie-like poster of her sporting a light blue wig, alongside Becerra in a purple wig surrounded by space motifs.

In an interview with Rolling Stone last week, Cabello teased the video’s release. “I just saw the last cut of the music video yesterday. It’s kind of like space vibes; like a performance on a spaceship,” she said.

About her new album Cabello also spoke about Familia and the response she’s received stating “I’m just so grateful that the people that have connected with it deeply and truly, and that feels really special.” “I saw some fans be like, ‘I feel like I know her more now.’ That’s what it’s about. I fucking love that.”