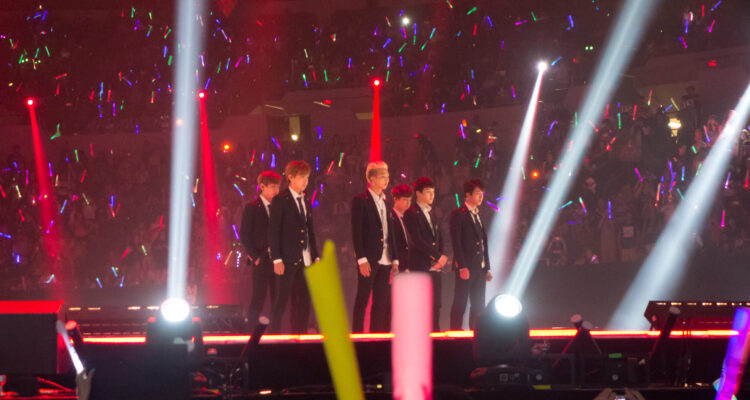 On Sunday (11.21) at the Microsoft Theater in Los Angeles, BTS and Taylor Swift were among several artists who set trophy records at the 2021 American Music Awards,

K-Pop sensation, BTS took home artist of the year, becoming the first group to take that top category since One Direction won back-to-back awards in 2014 and 2015. The Korean boy band beat out Swift, who’s won six times in the category, more than anyone else, making this Taylor’s second loss of that award since 2015 when she succumbed to 1D.

Securing ten weeks at #1 on the Billboard Hot 100 (longer than any other single so far this year,) BTS also won favorite pop song for “Butter,” that gave the 7-member act three awards on the night, which tied them with Doja Cat and Megan Thee Stallion as the evening’s numerical leaders.

Notwithstanding artist of the year, Taylor won favorite pop album for a record-setting fourth time, for evermore, having previously won for 1989  (2015), reputation (2018) and Lover (2019). Michael Jackson won three times in the category, as has Justin Bieber. Swift also won favorite female pop artist for a record-extending sixth time; her fourth consecutive win in the category, making her the first woman to win four consecutive years in this category. Olivia Newton-John and Whitney Houston each won four times, but not in a row.

This years two more awards bring Swift’s career tally of AMAs to 34, extending her lead as the artist with the most wins followed by Michael Jackson with 26 take-homes.

The only male artist to win a full length award was Bad Bunny for favorite Latin album (El Último Tour Del Mundo.), which he won for the second year running after YHLQMDLG in 2020, and the Hispanic superstar also won for favorite male Latin artist.

In other big AMA wins:

Cardi B, who hosted the show, won favorite hip-hop song for “Up.”

Lil Nas X took music video of the year for “Montero (Call Me by Your Name).”