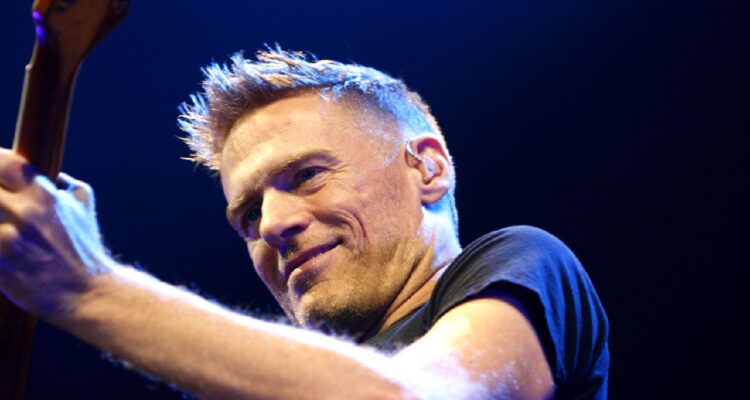 From his upcoming 15th studio album, ‘So Happy It Hurts’ due out on March 11, Bryan Adams just shared the new single ‘Never Gonna Rain’.

Addressing the upbeat nature of his latest offering, Adams said: “The ultimate optimist is someone who keeps on expecting the best, even in the face of the worst. Living in the moment, instead of in fear. Turning the negatives into positives. Taking the rain and turning it into a gift.”

The latest of four songs is from the follow-up to his 2019 ‘Shine a Light’, that comes after the release of his anthemic title track and subsequent titles ‘On The Road’ and ‘Kick Ass’.

Having recently admitted that he’d be “thrilled” if no one remembered him, the 62-year-old musician-and-photographer wouldn’t mind if all traces of Bryan Adams were removed from the Internet and no one knew of his existence, stating:

“I couldn’t care less if I’m remembered or not. In fact, if I woke up tomorrow and there was no trace of me on the internet, I’d be thrilled.” “Although… I once did an interview with a Brazilian journalist who asked me if I knew how many kisses my songs were responsible for. I had never thought about that before. He calculated that it would be in the billions. I really liked that. Imagine being responsible for a billion kisses! That would be okay with me, because without love we are nothing. So to be able to bring a little love into this world… that means everything to me.”

While the superstar singer/songwriter has photographed a myriad of people and places over the years, it’s his portraits of his family that mean the most. And when asked which of his photos speak the most about him, Bryan said:

“The photos of my family. I treasure them more than anything. I sat with my grandfather and photographed him when he was 89. We talked about his time as a Royal Engineer in the World Wars. He was so humble. I miss my grandparents terribly.”

Kicking off in Brighton, England on May 13, and ending at the Blickling Estate in Norfolk on July 8, Bryan Adams embarks on the UK leg of the ‘So Happy It Hurts’ tour in spring with tickets are on sale now via www.aegpresents.co.uk.