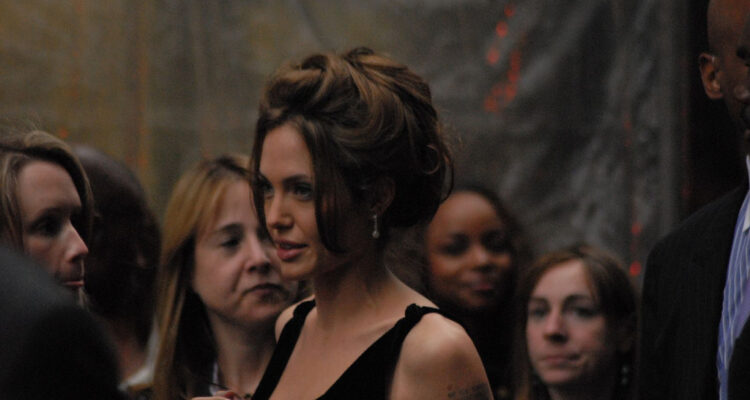 After attending the same Los Angeles concert Angelina Jolie and The Weeknd have sparked rumors of a potential romance.

Some two weeks after they were seen enjoying dinner together, the former Mrs Pitt and Abel Tesfaye were photographed, separately, at a private concert for Mustafa the Poet. In photographs obtained by Instagram gossip outlet Deuxmoi, The Weeknd was pictured chatting with a group of friends at the show while Jolie was seated next to her children Zahara, 16, and 15-year-old Shiloh.

Earlier this month, the 46-year-old superstar actress and activist and the 31-year old mega-singer/songwriter were seen at Italian restaurant Giorgio Baldi in Santa Monica, California and, according to The Sun U.S. newspaper – they “spent hours” there before “leaving separately.’

Since his cameo role in Adam Sandler‘s movie Uncut Gems, the Canadian musician has launched an acting career and will next be seen in the new HBO series The Idol, which he co-created with Reza Fahim and Euphoria creator Sam Levinson. The show tells the story of a female pop singer who becomes romantically involved with a Los Angeles club owner – who also happens to be a cult leader.