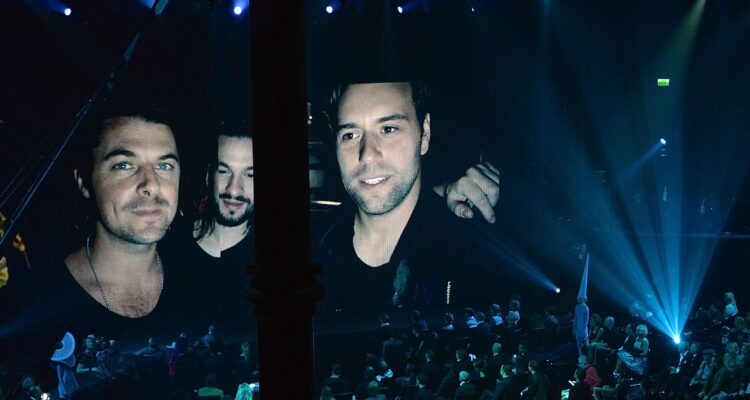 On Thanksgiving, Sebastian Ingrosso presented a series of Swedish House Mafia teasers to be included in what the Scandinavian trio had prepared for Paradise Again.

One of those gifts involved a “dub mix” of “Moth To A Flame” with The Weeknd, and packaging it as a Christmas present seemed to be the ultimate play, with Axwell, Sebastian Ingrosso, and Steve Angello proving to have a similar train of thought.

“Moth To A Flame” may’ve only undergone a few subtle changes, but each and every variation takes the third Paradise Again single to a further state of bliss. While the original has a gentler essence, the the EDM trio set a more uptempo pace to their latest delivery along with a minute-long intro and ending, a much more forceful bassline, a heaven-sent progression with The Weeknd’s vocals, all of which contribute to a more house-centric tone.

No strangers to remixed releases, SHM’s prior extended versions included the five-minute promotion of “Euphoria” with Usher from their 2012 compilation LP, Until Now.