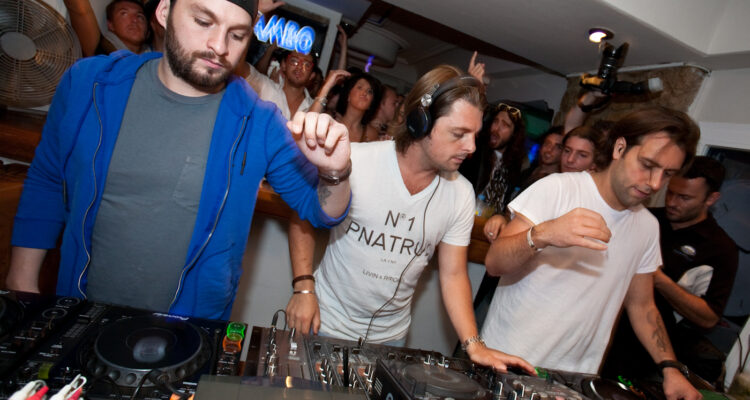 Following Swedish House Mafia‘s Christmas gift of a five-minute extension of “Moth To A Flame,”  Axwell, Sebastian Ingrosso, and Steve Angello start the new year off in grand style with ‘One Symphony’.

Some three years ago, the SHM partnered with Swedish composer Jacob Mühlrad for an orchestral transformation of their now 11-year-old classic ‘One.’ Unveiling the release during the trio’s first reunion tour stop at Stockholm’s Tele2 arena and playing it throughout the remainder of their spring and summer circuit, ‘One Symphony’ had gone untouched until Swedish House Mafia played host to The Weeknd’s Memento Mori radio show in late October and unexpectedly presenting it in between their Paradise Again rollout.

Swedish House Mafia explained that the original creation process behind “One” was comparable to that of an orchestra, where “each sound and note played its role and had its place in the piece,” adding that a lightbulb went off to reach out to Mühlrad “to see how it would sound in his world” before they went back out on the road in 2019.

The “One Symphony” is as inordinately cinematic worthy of a potential Oscar-nominated score from Hans Zimmer himself, with Mühlrad translating the Swedes’ timeless melody in their brilliant first release of 2022.