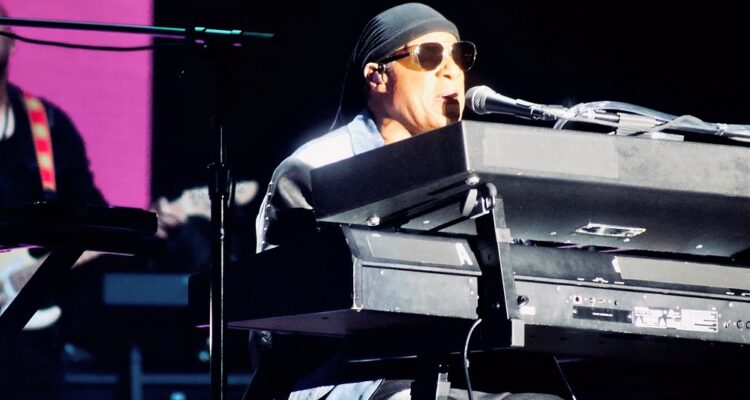 Along with a myriad of top tier talent, Stevie Wonder is slated to headline Global Citizen Live in Los Angeles.

Scheduled to take place across six continents, and in Los Angeles’ The Greek Theatre on September 25, the legendary Motown singer/songwriter has joined the star-studded bill for the 24-hour fundraiser, alongside H.E.R., Adam Lambert, Demi Lovato, Chloe x Halle, OneRepublic, The Lumineers, 5 Seconds of Summer and Ozuna.

In a statement the 71-year-old music superstar said: “It is again my pleasure and honor to join with all of the artists who are using their gift of song to celebrate the Global Citizens’ event by doing our part in working against global warming, starvation, and singing for equality around the world…We Are The Village!!!”

The artists will help to rally citizens in demanding that governments, major organisations and philanthropists come together to defend the planet and protect those threatened by poverty.

Across the pond In London, Duran Duran, Kylie Minogue, ‘Eurovision’ 2021 winners Maneskin, Nile Rodgers and Chic, and Rag’n’Bone Man will perform, with Nile stating: “Over the past year and a half we’ve all faced fears about our health, food availability, and climate change. I see Global Citizen Live as a megaphone that can point the power of the people directly at those with the ability to make the worldwide, systemic changes needed to protect the most vulnerable people and to defend our planet. Now is not the time for wealthy countries to cling to nationalist ideals and refuse to prioritise foreign aid and support to those in dire need. On September 25 we will gather the world to watch as leaders commit their intentions to act as responsible global citizens. And it’s our job to cry out when promises aren’t fulfilled. We want to encourage our leaders to ensure there are good times ahead for everyone.”

Duran Duran added: “At key moments in history, music has helped mobilize the world for the greater good. In 1985, we performed at Live Aid and the impact was heard around the world, yet we’re keenly aware that the issues we campaigned for at the time not only remain, they’re even more critical now. Despite best intentions, promises made can be easily forgotten without persistent advocacy and accountability, which is what Global Citizen does year-round. We are proud to join this incredible group of artists to raise our collective voices ahead of crucial meetings where some of the most important decisions on foreign aid and climate change will be made.”

Head to www.globalcitizen.org for more information.