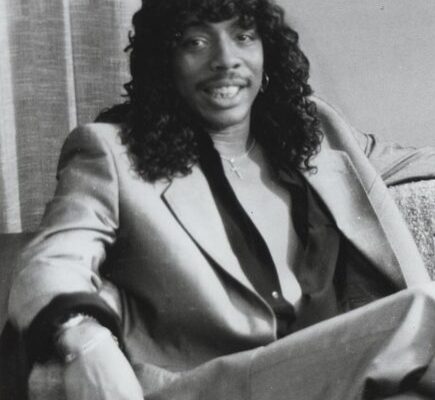 On tap for early-September from Showtime, the forthcoming musician-focused documentary reminds the viewer that “he’s Rick James, bitch”

The just released two-minute teaser features archival interviews with the pop-funk pioneer, who died in in jail in 2004, as well as commentary from fellow Black artists Ice Cube and Bootsy Collins. The biopic will tackle the problematic aspects of his life as well as his music, both of which reflect his unrepentant lifestyle.

“I want to be nasty, and I want to be raw,” says the Motown record artist in the trailer for Bitchin’: The Sound and Fury of Rick James.

Showtime previously released a clip showing how James brought funk to the mainstream. In that excerpt, Collins is quoted as saying, “All’s fair in funk and war.”

According to the film’s director, Sacha Jenkins, “The ‘wild’ side of Rick James often eclipses his musical genius, but the mathematical equation that is his life depends on all of the numbers to make a whole.” “Our aim was to create a balanced portrait of a brilliant artist who both chased his dreams and stalked more than a few demons. Still, his influence on funk and popular music and culture is unparalleled, and his eventual rise to the top is easily more compelling than any freebase rush.”

According to Rolling Stone’s obituary of the artist, in 2002, he said, “My music ain’t no contrived bullshit. It ain’t no sci-fi shit. It’s the real fuckin’ deal.” And up until his death, James wanted people to focus on his music.