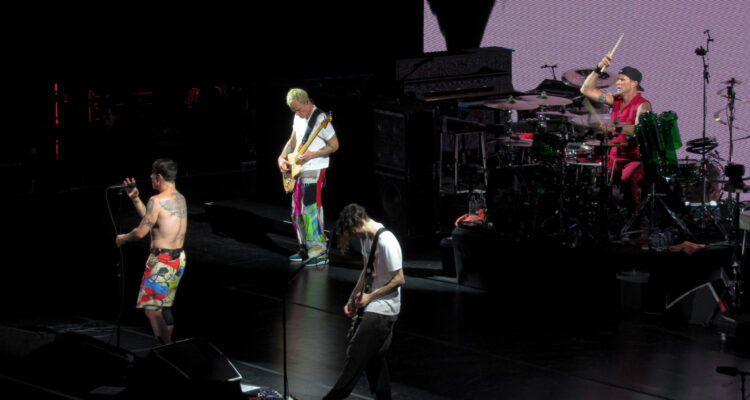 The Red Hot Chili Peppers have joined the ever-growing roster of musicians who’ve sold the rights to their songs.

Since 1989, the Chili Peppers’ main members — singer Anthony Kiedis, bassist Flea, drummer Chad Smith, and guitarist John Frusciante, who recently returned for his third tenure with the band — have mostly written the group’s repertoire. According to a popular media outlet, Moebetoblame Music is in charge of the collection, and is overseen by Eric Greenspan, managing partner of the law firm Myman, Greenspan, Fox, Rosenberg Mobasser, Younger & Light LLP. Sources say that the attorney shopped the deal for the band whose catalog produces a net publishers’ share of $5 million to $6 million. The Red Hot Chili Peppers are expected to sell their publishing rights to Hipgnosis, a London-based music investment company, for more than $140 million.

Formed in 1982, the Peppers have a long list of international hits, including Californication, Under The Bridge and Give It Away. Buyers take the risk in the hopes of boosting earnings by having the tracks featured in television, movies, video games, and advertisement opportunities, while the sellers get their money immediately and eliminate the risk of banking on future revenue.

There currently exists a slate of highest-earning catalogs over the last 50 years on the selling block and firms trying to cash in would undoubtedly engage in a bidding war over such licenses. BMG and KKR, for example, have assured several media sources that they’re ready to invest $500,000,000 if they come across the right catalog. Hipgnosis Songs was founded in 2018 and have been on a purchasing spree, recently acquiring half of Neil Young’s collection, as well as all material by Fleetwood Mac’s Lindsey Buckingham and Stevie Nicks, Shakira, promoter Jimmy Iovine, and curated works by Bob Rock, including his share of Metallica’s self-titled record, the Black Album. Bob Dylan recently sold his entire songwriting library to Universal Music for $300 million in 2021 as did Paul Simon to Sony Music Publishing.