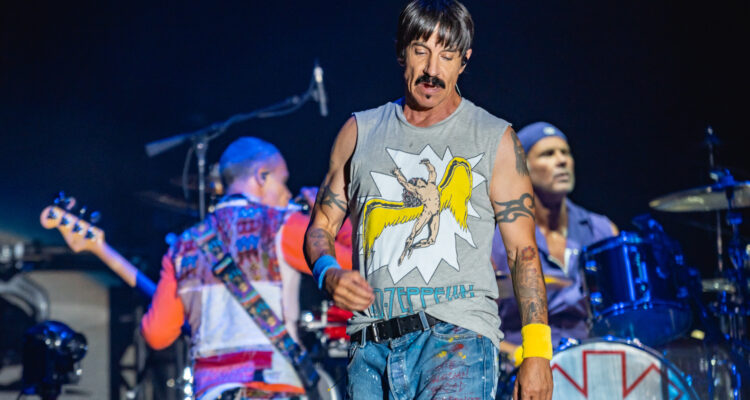 Connecting with viewers via KHOT News, faux co-anchors Johnson Hammerswaddle (aka Anthony Kiedis) and Todd the Squirrel (aka Flea) addressed everything but intricate details about the legendary rockers upcoming concert plans.

“Half of humanity will boil alive by next Thursday, and there’s a new chicken sandwich coming out,” said Todd the Squirrel before passing it over to weatherman Randy Raindrops (aka Chad Smith). Portraying himself, Guitarist John Frusciante joined the broadcast to reveal, “We’re gonna do a tour starting in June 2022”; the U.S. leg will kick off in July.

Next years domestic and international tour will mark the band’s first in 15 years with Frusciante, who reunited with the Chilis back in December 2019 following a 10-year absence. As Live Nation noted in a press release that accompanied the announcement, “All the tour dates, sales information, support acts and other factoids will be available shortly.”

Red Hot Chili Peppers last performed live together at a benefit show in November 2019, a gig that was guitarist Josh Klinghoffer’s final concert with the band.