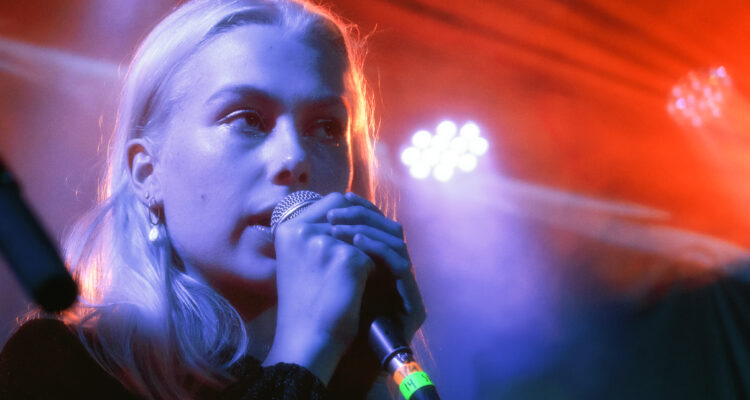 Assisted by Phoebe Bridgers, Muna performed their recent single “Silk Chiffon” on The Late Late Show with the James Corden.

The prom-themed set saw the band playing under a huge disco ball alongside piles of pink balloons, with Bridgers, as prom king, joining midway through on guitar and vocals.

In a recent interview the band said: “‘Silk’ was such a fun song to write,” “We often write such dark music, so it felt really exciting to explore a light and colorful world. We hope the powerful sapphic energy of this song summons the ghost of Lilith Fair.”

In Bridgers-related news, the music icon recently teamed up with the 1975’s Matty Healy to perform “Jesus Christ 2005 God Bless America” together for the first time during her show at Los Angeles’ Greek Theater. Prior to the concert — Bridgers’ last gig of her U.S. tour — the songstress cautioned fans on Twitter to “Come early tonight. Trust me.” Concertgoers were then greeted with a surprise acoustic opening set by the 1975 frontman, who brought out Bridgers to perform their Notes From a Conditional Form duet onstage.