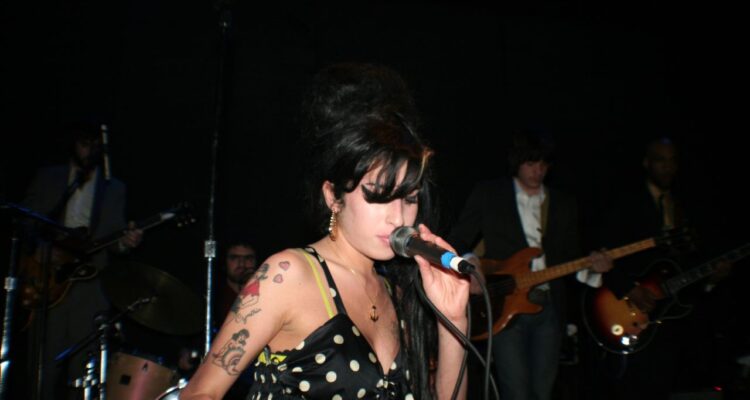 Ten years since her untimely death on July 23, 2011, there’s a now-famous clip of an acoustic version of Amy Winehouse singing “Love Is a Losing Game.”

In what looks like a recording booth, the now infamous songstress sings “Over futile odds/And laughed at by the gods/And now the final frame/Love is a losing game.” And as the music softens we hear Winehouse sadly ask, “Is that alright?” – a heartbreaking moment from a tremendously talented star who passed prematurely from alcohol poisoning in her London home at the age of 27.

A decade since her demise, “Reclaiming Amy,” is a new documentary narrated by the singer’s mother, Janis Winehouse-Collins who’s rarely spoken publicly about her daughter.”It’s only looking back now that I realize how little we understood,” her mom says in the film. “She was prone to addiction, she could not stop herself. It’s a very cruel beast.”

Amy’s death made her a part of a morbid group of musicians known as “The 27 Club,” including Jimi Hendrix, Janis Joplin and Kurt Cobain, each of whom died at the age of 27.

On what would have been the late singer’s 33rd birthday, British singer Adele paid homage to Winehouse at a concert in 2016 reportedly crediting her success to Winehouse.“I feel like I owe so much of my career to her,” Adele told the audience. “That first album, ‘Frank,’ it really changed my life.”

Though Winehouse never appreciated how inspirational or influential she was, it was Amy who championed a wave of North American success for British female singers like Duffy, Estelle, Lilly Allen and Leona Lewis. Even after her critically acclaimed 2006 “Back to Black” album won Grammy awards, there was more media focus on her fights, arrests, rehab stints and tumultuous relationship with Blake Fielder-Civil (the pair would divorce in 2009) than her music. Such attention was the opposite of what Winehouse wanted stating “I don’t write songs because I want my voice to be heard or I want to be famous or any of that stuff.” Winehouse told CNN in a 2007 interview “I write songs about things I have problems with and I have to get past them and I have to make something good out of something bad.”

In an appearance to promote his new book “My Amy: The Life We Shared.” Tyler James, her best friend from the age of 12 said: “Amy hated being famous. She said ‘Fame is like terminal cancer, I wouldn’t wish it on anyone.” And her struggle to find herself in the midst of being a celebrity is well documented in the 2015 documentary, “Amy,” that portrayed her as a pop star with a jazz soul who struggled with substance abuse.

Today, the Amy Winehouse Foundation provides resources for young people struggling with substance abuse. Founded by her family to honor and further the singer’s legacy, the organization is one way those who loved her seek to do what Winehouse said she wanted to do with her music — transform tragedy into triumph.

Winehouse’s music remains resonant today and her premature passing serves as a cautionary tale about the residual effect if stardom – a conversation at the forefront as Britney Spears fights to regain control over her life and career.