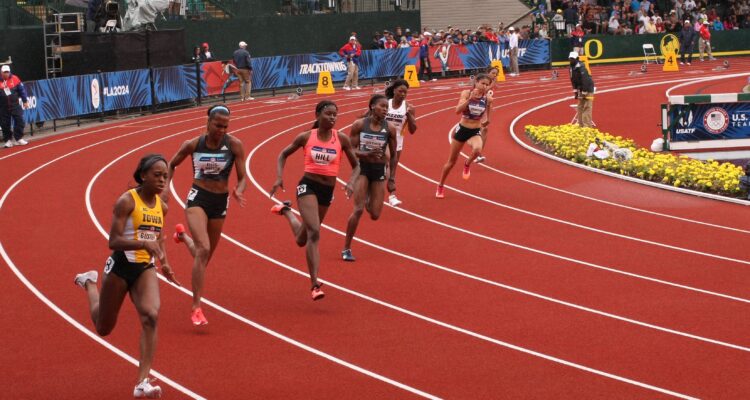 After winning the women’s 100-meter dash in June, a myriad of musicians have responded to Sha’Carri Richardson‘s recent ban from the 2021 olympic games.

Considered by many to be the fastest woman in the world, the 21-year-old sprinter was suspended from the United States Olympic squad on July 2nd after testing positive for marijuana use. Following the announcement of Richardson’s 30-day suspension, celebrities such as Dua Lipa, Gabrielle Union, and Drake took to social media to express their support.

Drake shared his thoughts about the great athlete on his Instagram Story with the caption: “They know she woulda ATE.” Dua Lipa shared her disgust with the Anti-Doping Agency’s (USADA) decision by stating “Allow her to run!! “This is stupid” on her Instagram story. And Union Tweeted “Weed is wonderful for a lot of things, but one of them isn’t running faster… LET HER RUN!!!”

Due to her ban, Richardson will not be allowed to compete in the Women’s 100-meter dash at the Tokyo Olympics later this month and on Thursday, when reports about her ban circulated, the sprinter merely tweeted, “I am human.”

On Friday morning (7.02), Sha’Carri Richardson appeared on NBC’s Today Show to apologize and give an explanation for her marijuana use. “I’m quite aware of what I did. I’m well aware of my responsibilities. I know what I’m not supposed to do, but I still went ahead and did it.” Richardson went on to say that she smoked marijuana to cope with the death of her mother.