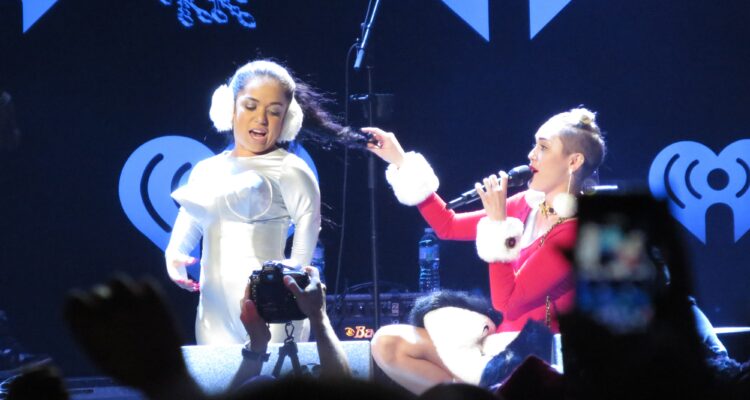 While performing “Party in the USA” during Miley’s New Year’s Eve Party in Miami, Cyrus’ top came loose. Yet without missing a beat Miley turned her back on the audience, let the top drop, and dashed off-stage to change.

Singing “Everybody’s definitely looking at me now,” when she returned to the stage in a red blazer, she added “I’m still in the most clothes that I’ve ever worn on stage.” The chaos didn’t end with the former Hannah Montana, as Saweetie joined Cyrus to perform “Best Friend,” when the rapper’s mic cut in and out throughout the performance.

Summing up the evening at the close of the event, Miley Cyrus stated “Tonight’s show was all about being flexible, rolling with the punches, and making the best out of even the worst circumstances.”