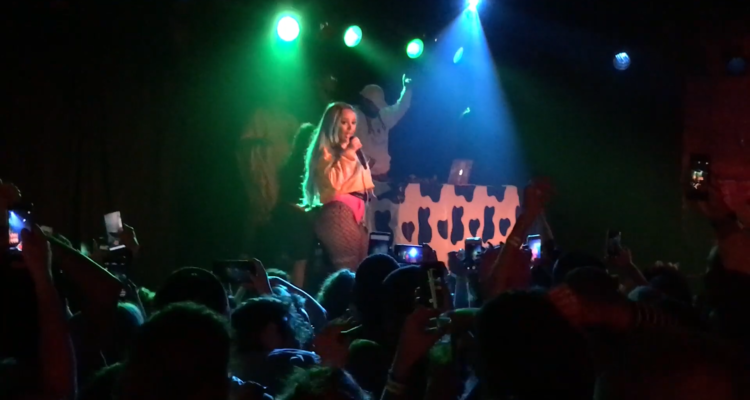 After making a bomb threat in order to jump ahead in line at a free Doja Cat concert in Indianapolis on Saturday (Jan. 8) a man was arrested.

Just before the gates opened around 5 p.m. ahead of the College Football Playoff national championship on Monday, police cleared a crowd in line near downtown Indianapolis’ Monument Circle, where fans were gathered for a free outdoor concert featuring the rapper/singer and indie pop trio AJR.

In an interview with the Indianapolis Star, Joshua Barker, deputy chief for the Indianapolis Metropolitan Police Department (IMPD) stated: “A fan wanted to advance in line so he exercised very poor judgment and told those around him in line he had a bomb in his backpack,” “Someone did the right thing and alerted IMPD. The backpack was clean.”

“Nearby witnesses told police the individual said he had an explosive on him.” “IMPD officers responded, searched his bag and did not find an explosive. The man had unrelated outstanding warrants and was immediately arrested for those.” As the investigation is still ongoing police did not reveal the identify of the man in custody.

Entry into the first-come, first-served concert was delayed for about 20 minutes, but continued as scheduled.