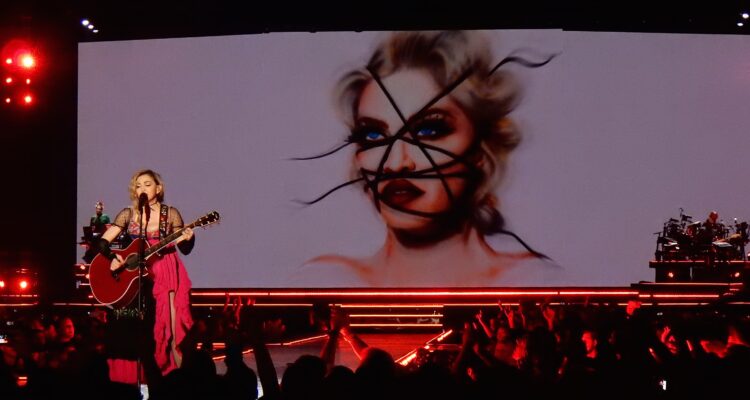 In preparation for its October 8 release of Paramount+, Madonna offers a tantalizing glimpse of her Madame X concert film.

Set to her Madame X track “Ciao Bella,” the energy of the dancefloor-ready tracks sets the musical soundscape for the the montage of clips from her last European stage show stint. Including a dance number performed by Madonna’s daughter Lourdes and an appearance from the all-female Orquestra Batukadeiras, a Portuguese batuque group who also appeared on Madame X, the visual teaser is as interesting as the superstar pop queen herself.

The Madame X concert film was recorded January of 2020 during Madonna’s six-night stand at the Coliseu dos Recreios in Lisbon, Portugal where she also recorded some of Madame X music in the the country’s capital.

While her Madame X tour was characteristically elaborate with Ms Chicone assuming a secret agent role, she primarily spent the tour performing in much smaller venues, imbuing the shows with a more intimate feel.