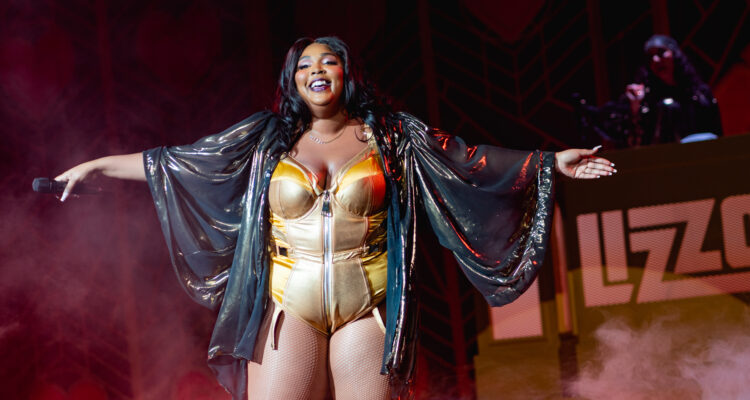 Rapping over a pumpin’ bass line and head-bopping beat, the superstar singer/songwriter (born Melissa Viviane Jefferson) delivers a self-empowerment lyrics with lines like “I’m so in love with me” and “In case nobody told you today, you’re special.”

Serving as the anthem for Logitech’s new “Defy Logic” campaign that highlights creativity and individuality, the Atlantic Records artist’s latest release “champions those defying expectations as they pursue their passions and define the new logic of tomorrow.”

Lizzo’s first single since her Cardi B-assisted “Rumors” in August of 2021, the singer took to social media to confirm that “Special” will kick off something special, as she tweeted “Let the 2022 takeover begin.”

According to Najoh Tita-Reid, global chief marketing officer for Logitech:

“As the lives of our consumers and customers evolve, so does their mindset.” “We want to encourage all people to redefine what is possible, and empower people to reshape the future and change the world. Defy Logic celebrates everyone courageous enough to challenge the old logic of the past and enables those who prove that passions can turn into careers, careers don’t require offices and art doesn’t require a canvas.”

About her collaboration, Lizzo said: “I love that Logitech is embracing authenticity and nonconformity – ideologies that I’ve lived by my entire career.” “It’s exciting to see a brand put so much heart into achieving real change and stand up to societal norms. Fame looks a lot different today than it used to, and I’m proud to be a part of the new wave and partner with Logitech and inspire others to Defy Logic.”