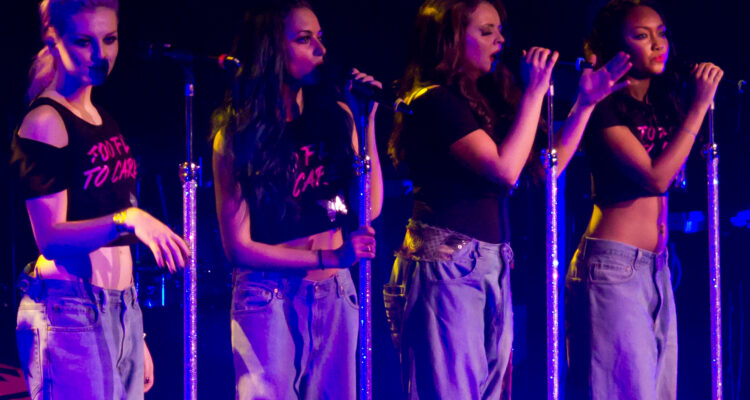 As the first girl group to secure 100 weeks in England’s Officials Singles Chart Top 10, Little Mix have made musical history.

Members’ Leigh-Anne Pinnock, Jade Thirlwall, and Perrie Edwards have set another record with the release of this week’s Official Singles Chart as they’ve now had songs in the British Top 10 for more weeks than any other girl group in English chart history as “Heartbreak Anthem” the band’s new single with Galantis and David Guetta is #7, earning the group their 100th week across all of their releases.

This musical milestone has far surpassed any other female group in British chart history, with Girls Aloud securing 61 weeks, followed by iconic Motown group The Supremes at 59 weeks, Sugababes at 57 weeks, and pop legends Spice Girls at 50 weeks in the Top 10.

For Little Mix, the historic achievement comes several months after they also became the first girl ensemble to win Best British Group at the BRIT Awards.

In their acceptance speech at the time, they said: “It’s not easy being a female in the UK pop industry. We’ve seen the white male dominance, misogyny, sexism, and lack of diversity. We’re proud of how we’ve stuck together, stood our ground, surrounded ourselves with strong women, and are now using our voices more than ever. “The fact that a girl band has never won this award really does speak volumes. So this award isn’t just for us, it’s for Spice Girls, Sugababes, All Saints, Girls Aloud, all of the incredible, incredible female bands … this one’s for you. So thank you BRITs, and we hope you have an amazing night.”