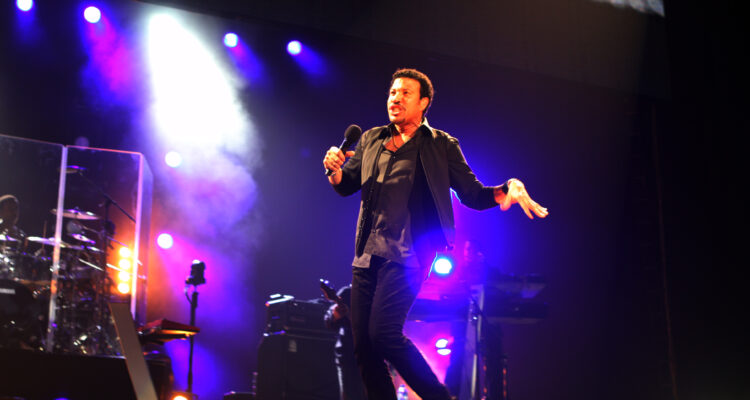 In an official (1.13) statement from the Library of Congress, Lionel Richie will receive the 2022 Gershwin Prize for Popular Song with the R&B / pop superstar to be celebrated at an all-star tribute in Washington, D.C., on March 9.

The third musician signed to Berry Gordy’s Motown Records to receive such an honor – along with Stevie Wonder (2009) and Smokey Robinson (2016), Richie is the twelfth recipient of the annual award.

Commenting on the honor, the former Commodores lead singer and songwriter stated: “This is truly an honor of a lifetime, and I am so grateful to be receiving the Gershwin Prize for Popular Song,” “I am proud to be joining all the other previous artists, who I also admire and am a fan of their music.”

In addition to his Grammy awards, Richie has also received three Oscar nominations for best original song, for “Endless Love” (1981), “Miss Celie’s Blues (Sister)” from The Color Purple (1985) and “Say You Say Me” from White Nights (1985). He took home the trophy for the latter song.

Fun Fact: When H.E.R., Dernst Emile II (D’Mile) and Tiara Thomas won both a Grammy for song of the year and an Oscar for best original song in 2021, they were the first songwriters to achieve that double feat with different songs in the same year since Richie did it 35 years earlier.

Carla Hayden, the Librarian of Congress, said in a statement, Richie has been an inspiring entertainer who helped “strengthen our global connections.” “Lionel Richie’s unforgettable work has shown us that music can bring us together.” “Even when we face problems and disagree on issues, songs can show us what we have in common.”

Created in 2007 by the Library of Congress, the prize is named after brothers George and Ira Gershwin, who wrote such unforgettable songs as “I Got Rhythm,” “Embraceable You” and “Someone to Watch Over Me.”

PBS stations will broadcast the concert on May 17.