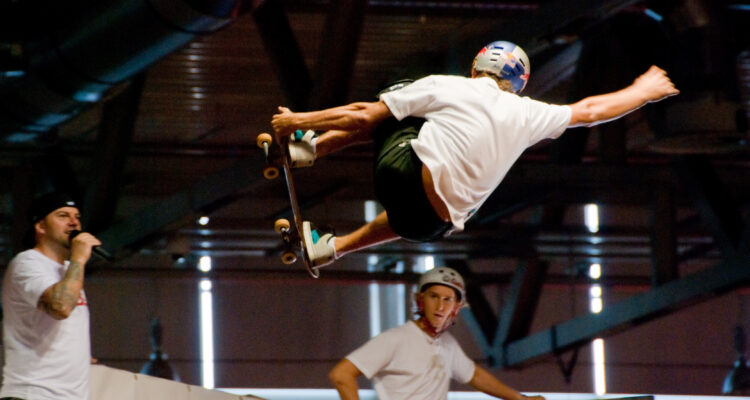 In an an atypical non-music oriented instructional video Lil Nas X teams up with Tony Hawk to showcase his skateboarding skill set.

Posted to social media on Monday, the rapper (born Montero Lamar Hill) and skateboarding legend appear in matching outfits as hey roll through a park, where the musician claims he’s going to demonstrate his four-wheel talents.

Right before before the camera cuts to Hawk performing stunts, the 22-year-old controversial rapper sets up atop the half-pipe, seemingly ready to take the plunge into the wooden bowl. And when the camera cuts back to the ‘Montero’ hitmaker, he’s standing in the same place, taking credit for the 53-year-old’s tricks.

In the footage, the two are both sporting their respective human blood-infused products.

Just last week, Lil Nas called out a double standard when there was “no public outrage” for Hawk’s new line of skate decks, called Blood Hawks, which supposedly have paint infused with the star’s blood. Earlier this year X and the art collective MSCHF settled a lawsuit with Nike following the release of altered Air Max 97s that allegedly contained human blood in the soles. In the skating video the singer is sporting his pair, which sold out in minutes.

“Now that Tony Hawk has released skateboards with his blood painted on them, and there was no public outrage, are y’all ready to admit y’all were never actually upset over the blood in the shoes? And maybe u were mad for some other reason (sic)?” Tweeted Lil Nas X.