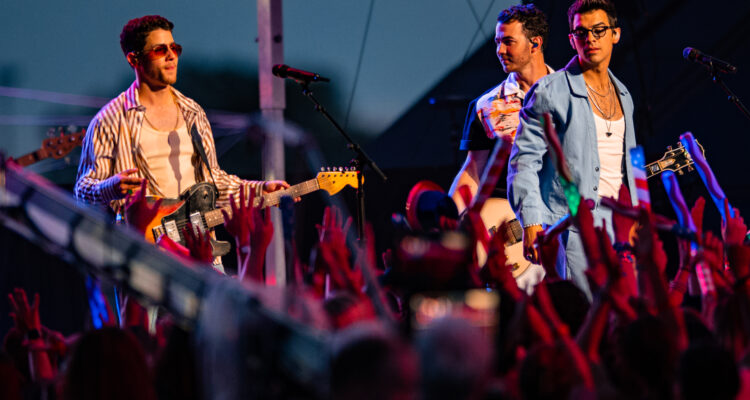 Throughout the course of their career Jonas Brothers are many things from sibling to bandmates to pop stars, but the one thing they’re not – according to John Legend‘s song in their upcoming special Jonas Brothers Family Roast – is the Fab Four.

In an exclusive clip from 11.23 Netflix special, Legend serenades Nick, Joe, and Kevin in the company of their respective partners’ Priyanka Chopra, Sophie Turner, and Danielle Jonas.

While the R&B/Pop superstar’s ballad begins as a seemingly touching tribute to the trio: “Working-class lives, growing up with the dream/They made a lot of money, made a lot of girls scream,” the lyrical punchline comes with: “I wrote a song to tell them they’re my favorite band. I wish they could hear it, but they’re not here today… You’re not quite the Beatles.”