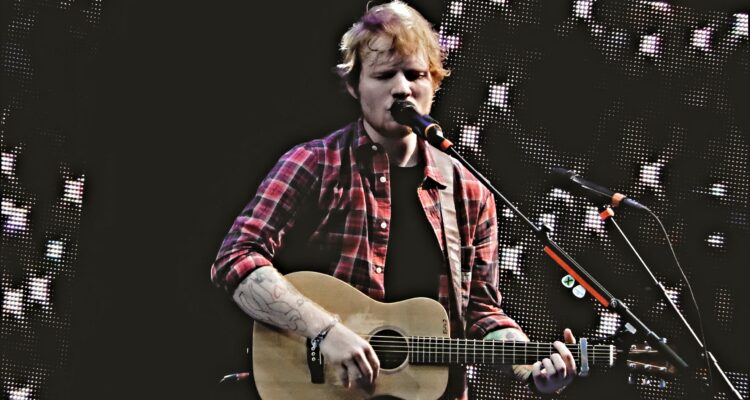 Following a week’s works of rumors that Ed Sheeran might not show for his Saturday Night Live performance after testing positive for Covid-19, the super successful UK singer-songwriter returned to Studio 8H with two songs from his new album, =.

In a recent interview between radio shock jock and the pop music icon Sheeran told Howard Stern that there was never a question he’d make the live performance, despite having “really, really, really bad symptoms” for 72 hours prior.

For his first song, Sheeran with acoustic guitar in hand gave a rousing upbeat performance of his last single “Shivers.”

And for his follow up number, Ed strummed his electric guitar to his new, love-affirming, “Overpass Graffiti” release.

= is Sheeran’s first album as a new father to his one-year-old daughter, Lyra, and during a recent interview in the Great Britain, the humble musician spoke about how music is already something they share: “She loves Black Sabbath,” Sheeran told Jonathan Ross. “Paranoid album. Starting off with “War Pigs” in the morning, it’s the best.”