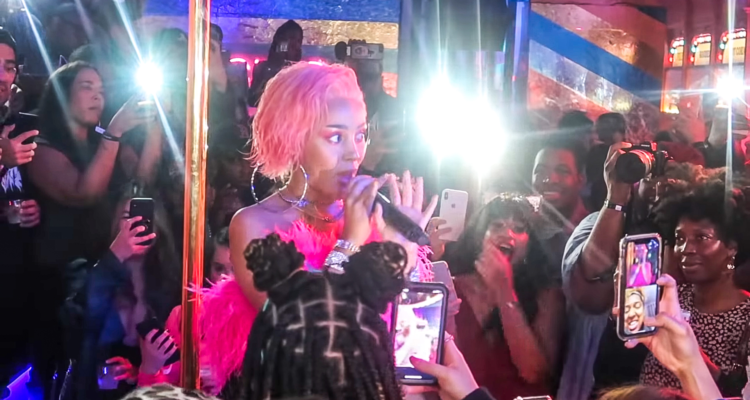 In the new music video for “Woman,” a track off her latest album, Planet Her, Doja Cat takes off on yet another spaced-out adventure.

Directed by Child, the mini-movie features an intergalactic queen being warned of an imminent threat to her throne before conjuring the most powerful weapon she has at her arsenal aka Doja Cat. Though the story line gets a bit lost the visuals remain eye-popping complete with futuristic costumes, and expertly choreographed dance sequences.

In addition to the handful of genre nods, the artist will compete in the three big categories, with Planet Her nominated for for Album of the Year, and “Kiss Me More” up for Song and Record of the Year.