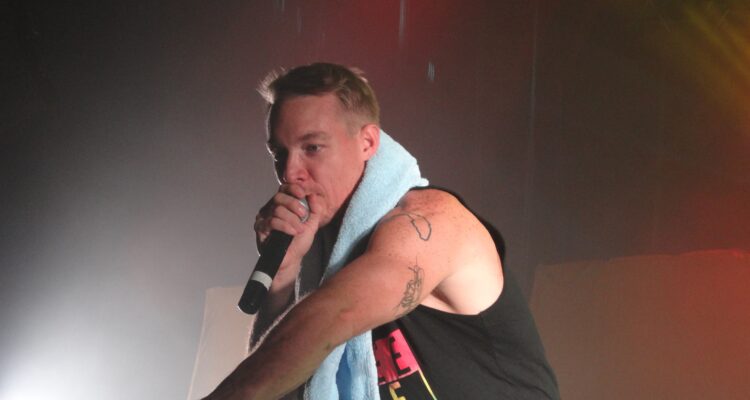 Diplo‘s postgame concert at the home of the Baltimore Orioles, has been cancelled due to new sexual allegations against the world renowned deejay/producer/artist.

Officials for the baseball organization have confirmed they’re pulling the plug on the show following fan backlash concerning their performer choice. Taking to Twitter the team stated: “The Orioles will not hold the upcoming postgame performance on July 24 at Oriole Park at Camden Yards.” “Fans who purchased field passes with game tickets to the Diplo concert on July 24 will receive a refund.”

The recent cancellation was announced after the Baltimore Sun newspaper published an angst-ridden letter, asking the team how they could put on the postgame performance amid the sexual assault allegations hanging over Diplo (real name Thomas Wesley Pentz.)

“The Orioles always promote being a family-friendly entertainment option in our great city,” the letter stated. “This is very concerning in light of the news that came out on 7 July that Diplo is accused of sexual assault after he forced a fan to perform oral sex on him after a show in Vegas in 2019, which she has claimed he filmed… If the Orioles are such a family-friendly team, and truly care about women, they need to separate themselves from Diplo and stand up and cancel this post-game concert.”

In a separate lawsuit filed in June, a different woman accused the multi-talented musician of recording their sexual encounter without consent, and then sharing the footage via social media. She also claimed he gave her a sexually transmitted disease.

In response to the accusations, Diplo’s lawyer Bryan Freedman said: “There is unequivocal evidence that completely refutes what is being claimed.” “We will be sharing it with the court this week and, once that evidence has been reviewed, the false and malicious nature of this shakedown will be revealed once and for all.” The lawyer dismissed the lawsuit, calling it part of “an ongoing campaign by one person who harassed him and his family so much so that he had to get a restraining order against her”.

Diplo has denied the accusations.