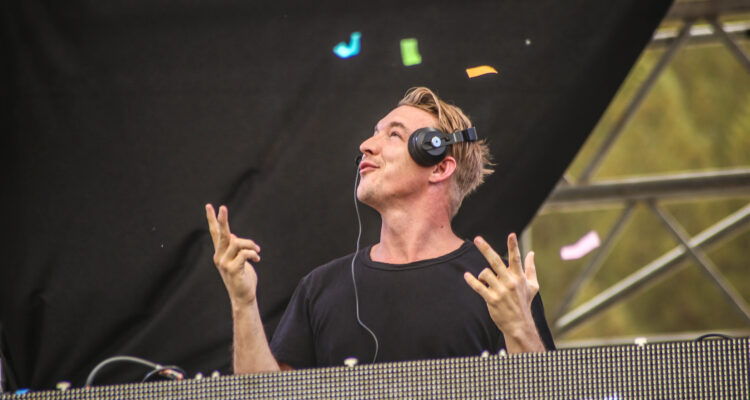 In the face of increased scrutiny, Diplo has issued a lengthy statement to deny allegations of sexual misconduct.

On Wednesday (10.06) it was reported that the deejay/producer/artist/record label owner whose real name is Thomas Wesley Pentz, may face criminal charges in relation to allegations made by a 25-year-old woman, who accused the musician/entrepreneur of raping her, recording sexually explicit videos without her permission, and knowingly infecting her with chlamydia.

According to Diplo’s lawyer, Bryan Freedman, the plaintiff denied the claims to the New York Post’s Page Six, calling them “yet more lies from the same disturbed individual who has been stalking and menacing Wes, his family and his friends for years.”

The musician took to social media to post a lengthy Instagram message detailing his alleged history with the accuser, whom he referred to as “SA,” writing:

“She was an obsessed fan of mine, and after I relinquished all contact with her, it appears that her only purpose in life has been to disrupt my work, my business, harass me and my close friends and attack me and threaten my family. To be clear, SA was not a minor when I had conversations or sexual intercourse with her. After their “night of consensual sex”, the 42-year-old went on to state that they exchanged flirty texts and pictures for a few months before he “stopped contact with her when I realized she had started to become obsessed with me, it began a nightmare of almost three years of her harassing and threatening me my family and my friends.”

Pentz subsequently claimed that SA used fake accounts and different telephone numbers to contact him “day and night”, turned up at his residence when he wasn’t home she sent threatening messages to the mothers of his children.

The EDM star did admit to having sex with SA once more, with her friends in Las Vegas, and then accused SA of encouraging one of those friends to file a lawsuit against him in 2021 in which she claimed he forced her into performing oral sex. He allegedly discovered videos proving otherwise and the case was dropped less than 10 days later. Diplo also shared texts and tweets which appear to show SA denying that he raped her or gave her the sexually transmitted disease.

“Culture is quick to follow unsubstantiated claims,” he concluded the post. “I’m a public figure and this comes with the territory and I understand that. I want to add also these previous claims have been dropped or abandoned and those facts go unreported. This is so frustrating and embarrassing. I am not this person and I won’t be extorted by anyone no matter how stinging the press can be. Even over the past 2 years I’ve never been bothered by these rumors if anything it has made me stronger and smarter, all of my friends and partners have never questioned me and that was what has been important to me. The people in my life know me for who I really am. I will continue to do everything I can to end this in the most respectful way but I will not give in to lies and harassment.”