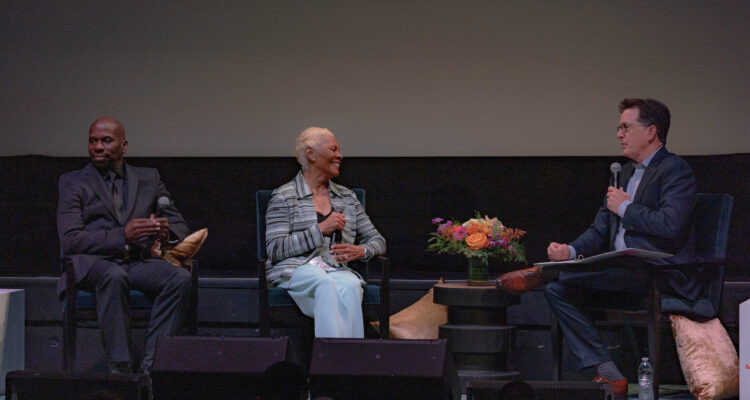 Dionne Warwick stopped by The Late Show With Stephen Colbert on Thursday night (Jan. 20), when one of the kings of evening talk shows deemed the iconic singer the Queen of Twitter.

Colbert said, before holding up a tweet she shared “I can’t let you go without weighing in on this,” after watching Taylor Swift’s short film of “All Too Well” off Red (Taylor’s Version), which captured the tumultuous three-month relationship between the singer and actor Jake Gyllenhaal.

“If that young man has Taylor’s scarf he should return it,” Warwick tweeted in response on November 15. “It does not belong to you. Box it up and I will pay the cost of postage, Jake.”

The tweet was in reference to the line in which Swift sings, “Now you mail back my things and I walk home alone / But you keep my old scarf from that very first week / ‘Cause it reminds you of innocence / And it smells like me.” And when Colbert asked if there have been any “updates” on the return of Swift’s scarf, Warwick replied, “Not one word from him or her yet.”