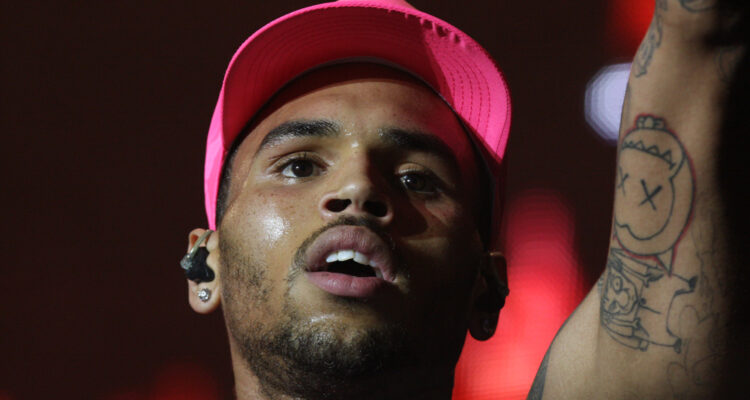 According to several media sources, the Los Angeles Police Department is investigating singer Chris Brown after he was accused of striking a woman during an incident at his California home.

On Friday, June 18, the supposed event occurred at the Brown’s home in Tarzana, a suburban area of Los Angeles and though the singer was not present when police arrived, an anonymous victim claimed that Chris “struck her” during an altercation but no major injuries were recorded. Chris’ lawyer did not reply to request for comment on the LAPD inquiry and the RCA recording artist has not been prosecuted at this time, but a battery complaint has been made, according to Officer Lizeth Lomeli of the Los Angeles Police Department.

Chris Brown’s most recent run-in with the authorities is reminiscent of a 2009 incident in which he physically assaulted fellow musician Rihanna, whom he was dating at the time. After the Virginia native attacked her in his rented Lamborghini, the “Diamonds” singer was seen with a battered face. Brown pled not guilty to felony assault and criminal threats charges stemming from the attack on his ex-girlfriend, but as part of a plea agreement he pled guilty to one count of assault with the intent to cause severe bodily harm. According to a spokeswoman for the Los Angeles County District Attorney’s office at the time, the defendant was sentenced to five years of probation and either 180 days in prison or 1,400 hours of “labor-oriented service.” In addition, he was ordered to do a year-long domestic violence counseling course.

Brown’s probation was revoked in 2014 when he pled guilty to simple assault in order to resolve a case resulting from an October 2013 sidewalk brawl at a Washington, D.C. hotel. Despite the judge sentencing him to time served, no probation, and a $150 fine, CNN claimed that the “Say Goodbye” singer spent five months in court-ordered treatment and three months in jail for violating his probation. According to a doctor’s letter that was presented to the court in August 2014, Chris was diagnosed with bipolar disorder: “Mr. Brown has made significant strides in maintaining his sobriety, as well as developing skills that promote personal growth,” the singer’s psychiatrist said in a letter acquired by CNN media. “He continues to show great perseverance in following his treatment team’s recommendations, putting his new skills to use, and seeking guidance in his recovery.”