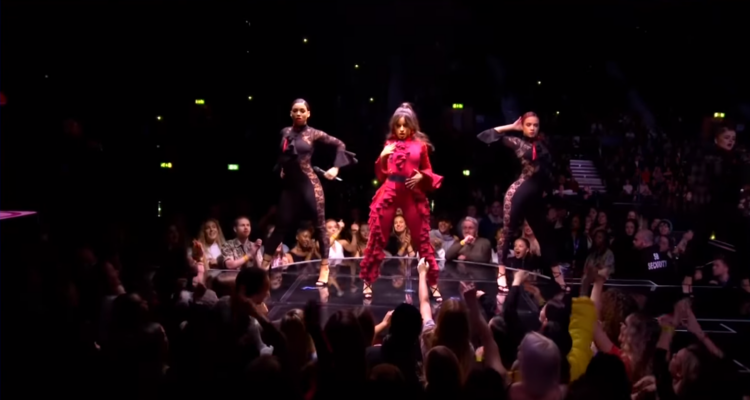 Appearing on Camila’s forthcoming full length, Familia, which she co-wrote with Ricky Reed and Cheche Alara, the performance featured the California-based Mariachi Garibaldi de Jaime Cuéllar as she sings “You should be here, should be with me tonight/Said you’re working, you’re working all the time/Why am I all alone with your glass of wine?/Oh no, oh no, this is not the life.”

Prior to previewing her latest single, the superstar singer/songwriter and actress performed several of her biggest hits – including “Havana,” “Señorita,” “Real Friends,” and the most recent single, “Don’t Go Yet” – reimagined with a more traditional Latin instrumental flare.

Familia is Cabello’s third album, following her 2019, Romance, and although she announced the LP back in July alongside the release of “Don’t Go Yet,” she’s not yet shared a formal release date or track list for the collection.