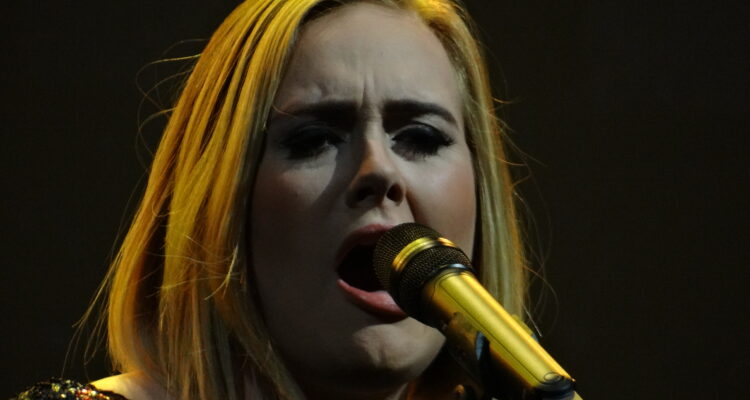 Only a matter of time before the arrival of a new Adele album, the multi-million selling singer/songwriter just released the teaser video for her new single ‘Easy On Me’ due out October 15.

Hinting that her fourth studio album may very well be coming soon, on Monday (Oct. 4), the “Hello” singer took to social media by updating her Facebook, Instagram, Twitter and YouTube pages with a teal blue background that coincidentally matched mysterious billboards that appeared ’round the world last week. Her website also encouraged fans to sign up for updates.

Last week, billboards started popping up in random areas throughout the world featuring the number 30 and in New York, London and Paris the same number was projected on the side of buildings, prompting fans to guesstimate that the UK singer’s new LP is titled 30  in line with her previous 25, 21 and 19 releases.

Though no additional details have been provided about Adele’s forthcoming full length on Columbia Records, the singer joked about the album being titled 30 while sharing a post to Instagram in honor of her birthday a few years back. “Learning to REALLY truly love yourself is it, and I’ve only just realized that that is more than enough,” the singer said in the post, adding, “I’ll learn to love you lot eventually. Bunch of f—ing savages, 30 will be a drum n bass record to spite you.”