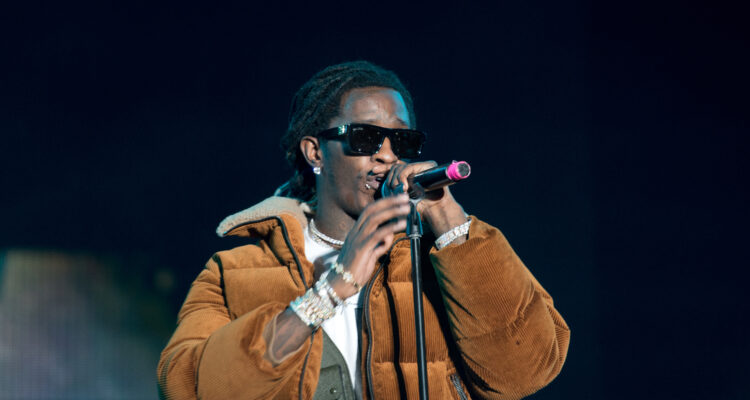 Straight off the release of his brand new full length, Punk, Young,Thug was this week’s musical guest on Saturday Night Live.

Born Jeffery Lamar Williams, Thug performed “Tick Tock” and “More Than Anything.” accompanied by drummer Travis Barker as well as Gunna and Nate Ruess of Fun during his second song.

Following an extended pre-promotional period of teasing, fans of the rapper were hipped to the release date of Punk during Thug’s July appearance on NPR’s Tiny Desk (Home) series during which time Thug wore a t-shirt revealing the Oct. 15.

Earlier this month, Thug and Gunna were filmed destroying a Rolls-Royce at an LP release party and the widely shared moment arrived amid Complex’s Young Thug Week festivities, which can be seen here.

Featured on Thug’s second studio album, are a slew of guests including Nate Ruess of Fun and The Format and the track “Rich N***a Shit,” features a posthumously released verse from Juice WRLD along with co-production from Pi’erre Bourne and Kanye West.

Punk is out now.