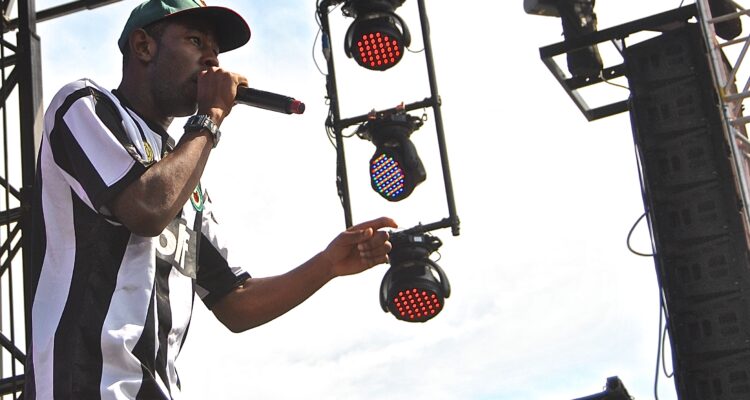 For the Men’s Fall-Winter 2022 Collection during Paris Fashion Week, Tyler, the Creator provided the music on behalf of the late designer Virgil Abloh.

As the Louis Vuitton fashion show took place, the rapper/lyricist took to social media posting behind-the-scenes photos and a video from the event, acknowledged conductor Gustavo Dudamel (who led the Chineke! Orchestra,) arranger Arthur Verocai, and musical director Benji B for the 20-minute presentation, which doubled as a tribute to Abloh, who died in Nov. 2021 at the age of 41.

Following Abloh’s passing after a private battle with cancer, Tyler was among the many artists who paid tribute to the designer that had a significant impact on hip-hop, stating:

“Sir Abloh was a true geek about things. Passion seeped through everything he did. Whether a random set of songs we’ve never heard or what pantone the wing of a plane should be, he always meant it. “Sometimes, part of us sharing our wild ideas is to get approval from our peers to keep it pushing, but virgil was ALWAYS a cheerleader. For everyone. That hand of his opened doors, lead people in and tossed the keys outside for the next person to have. i wish i was able to see him see what his helping hand did for me. his spirit is around tho. i feel it. he’ll see it. i’ll keep pushing and trying things while leaving the door open. he’ll shake those pom-poms. we’ll keep that on loop.”