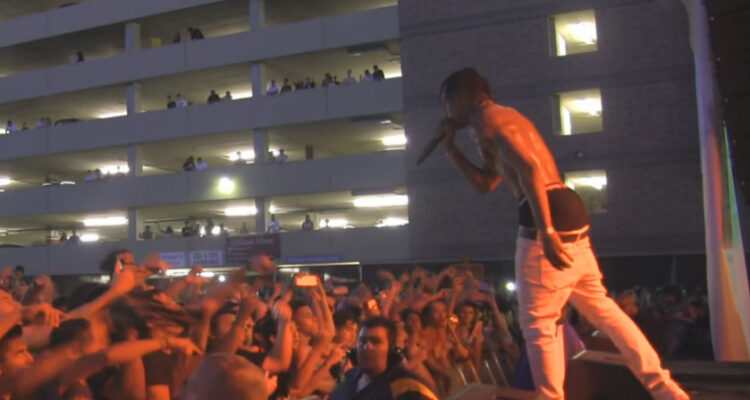 Due to the crowd surge as the famous rapper/entrepreneur was performing at the festival at NRG Park in Houston, Texas, eight people lost their life with countless others suffering serious injuries.

Claiming he was left with “serious bodily injuries when the uncontrolled crowd at the concert knocked him to the ground and trampled him,” on Manuel Souza, filed a lawsuit against Scott, the rapper’s Cactus Jack Records, and officials at Live Nation and ScoreMore, among others, seeking at least $1,000,000.00 in damages and a temporary restraining order to prevent any destruction of evidence.

According to People, the lawsuit reads. “Tragically, due to Defendants’ motivation for profit at the expense of concertgoers’ health and safety, and due to their encouragement of violence, at least 8 people lost their lives and scores of others were injured at what was supposed to be a night of fun,” “Plaintiff’s injuries were the inevitable and predictable result of Defendants’ conscious disregard of the extreme risks of harm to concertgoers that had been escalating since hours earlier.”

In a separate complaint, Kristian Parades claimed he was “severely injured” in the crush, which he confirmed was the result of the “negligence, carelessness and recklessness” of his named defendants, which include Scott, Drake, and Live Nation officials, among others. In the lawsuit, Parades claimed special guest Drake “helped incite the crowd” and he and Scott both continued to perform “as the crowd became out of control”. He is seeking $1 million in damages for his injuries, plus the costs of his medical bills, and a jury trial.

While Scott has yet to comment on the legal action, in a video posted over the weekend, the musician told fans he was “devastated” and he was doing all he could to assist authorities, concertgoers and their families. And earlier today It was revealed that the ‘Sicko Mode’ hitmaker had pulled out of his headlining slot at Day N Vegas Festival on 13 November, with sources telling Variety he’s “too distraught” to perform. The sources also stated that Scott will give full refunds to all Astroworld ticketholders.