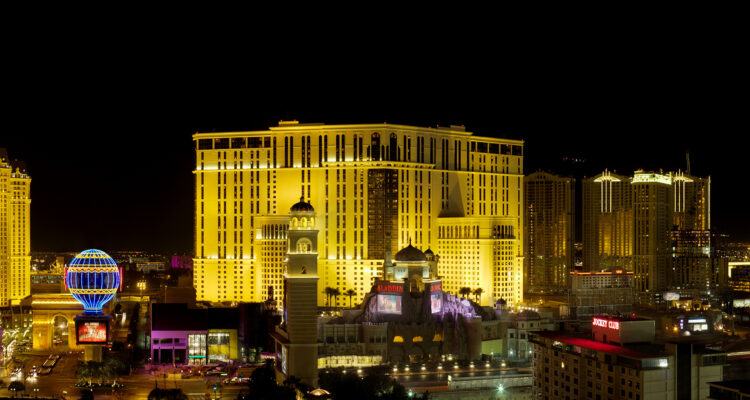 In light of the recent loosening of CDC pandemic-related restrictions,  Resorts World Las Vegas has announced significant comeback plans including residencies for Zedd and Tiesto at its nightclubs and the release of an elaborate video featuring upcoming residences for Katy Perry, Celine Dion, Carrie Underwood, and Luke Bryan. Dion is, of course, one of the highest-grossing performers in Las Vegas history, but this rumored residency will be her first outside of Caesars Palace with Underwood, Bryan, and Perry all first-timers.

In its elaborate 90-second video, a couple wakes up in a luxurious Vegas hotel room then walk hand-in-hand to a wonderland-like location including Perry as a mermaid, Underwood catching a butterfly, and Zedd playing an old-school pinball game housing Dion who stops the ball with her spiked heel.

“The commercial offers a sneak peek of the astounding entertainment to come as a result of the unprecedented partnerships between Resorts World Las Vegas, Concerts West / AEG Presents and Zouk Group,” the announcement says.

Tiësto has signed a three-year contract with Resorts World’s Zouk Nightclub and Ayo Dayclub, and Zedd has also been confirmed for the nightlife venues, though no information on the other performers has been released.

The Las Vegas economy which is more reliant on entertainment and hospitality than other American city, has been battered by the pandemic but has been making conservative steps toward reopening, notwithstanding the big Electric Daisy Carnival, which earlier this week has moved its initial May plans to October due to health concerns.

Beyond the hotel’s June 24 re-opening on June 24, Clark County, where Las Vegas is located, plans to increase capacity from 50% to 80% and reduce social distancing from 6 feet to 3 feet as of May 1.